The Yabarahara-juku was a lodging town which flourished as a production area of six combs. However, in 1884 the majority of the homes were burned down with a large fire. In recent years the appearance has remained partly due to the progress of renovation of the building. The yabuhara-juku was located approximately 5.3 km from the Narai-juku-juku town had a population of 1,493 (man 706、woman 787)，266 houses, one honjin, one waki-honjin，and 10 hatago in the year 1843.

Two messengers take a seat. mothers and daughters of the village mothers carry a large number of twigs, their daughter puts them on their heads and crosses the pass. Kiso Ontakayama which can be seen in the distance. 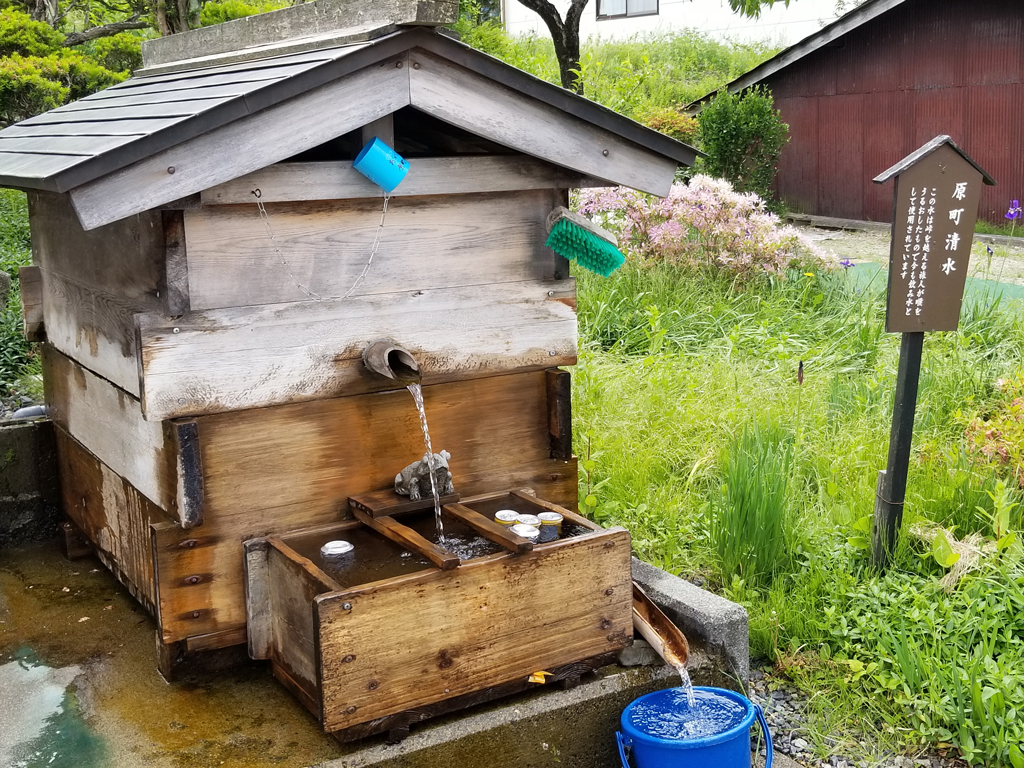 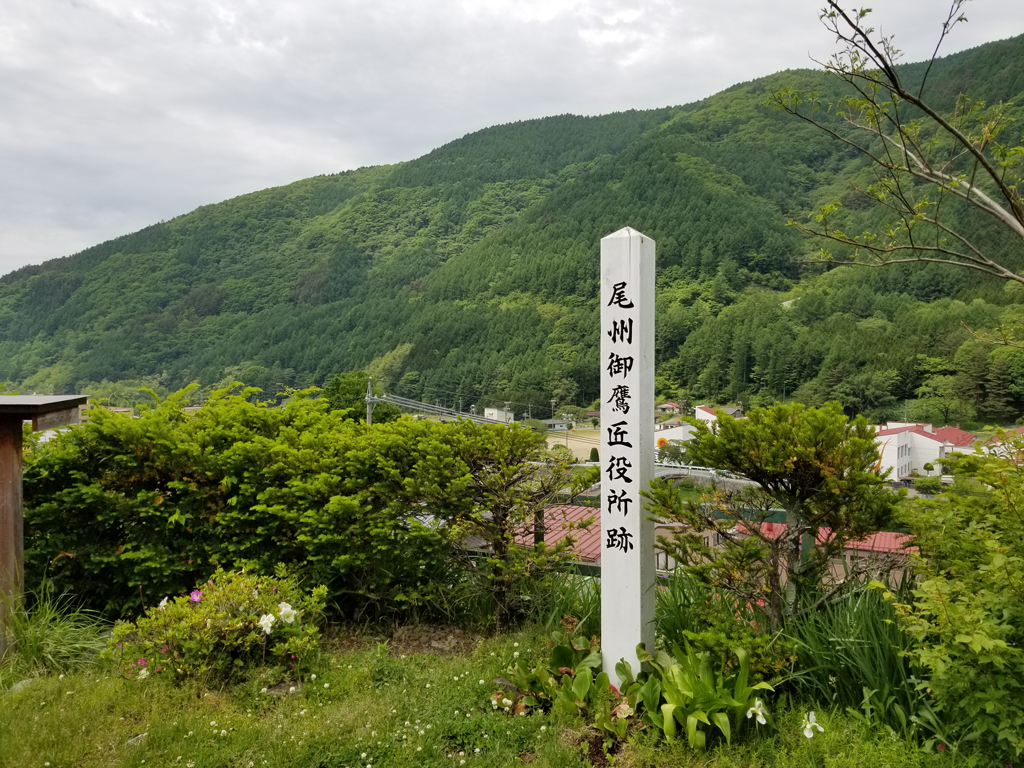 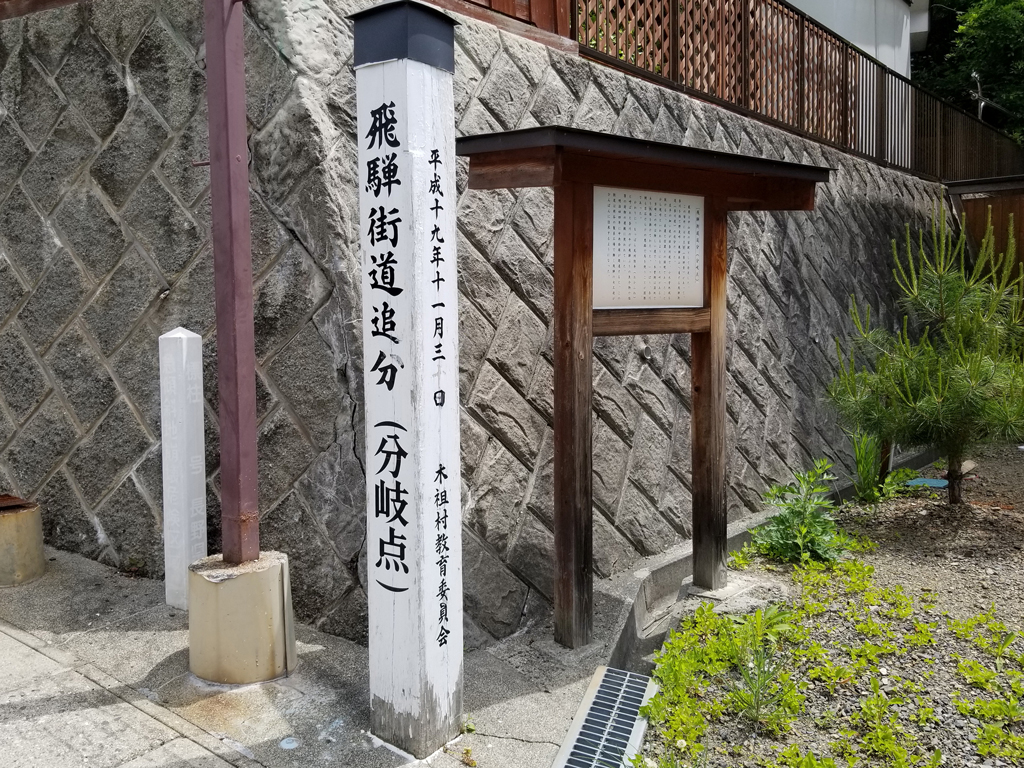 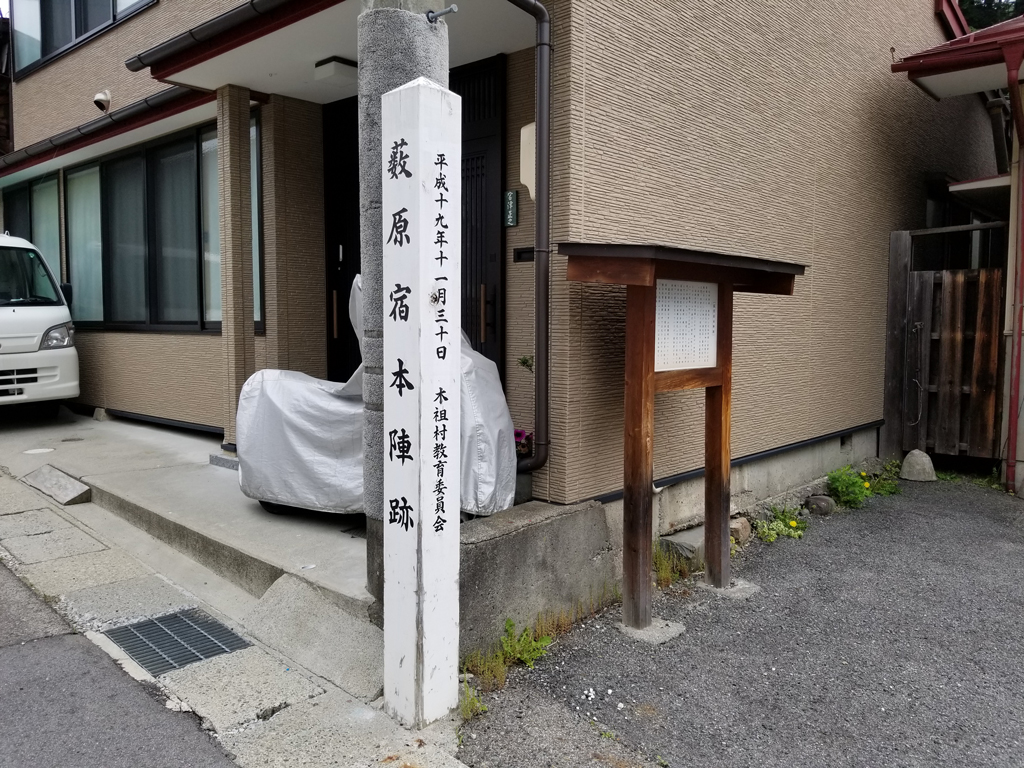 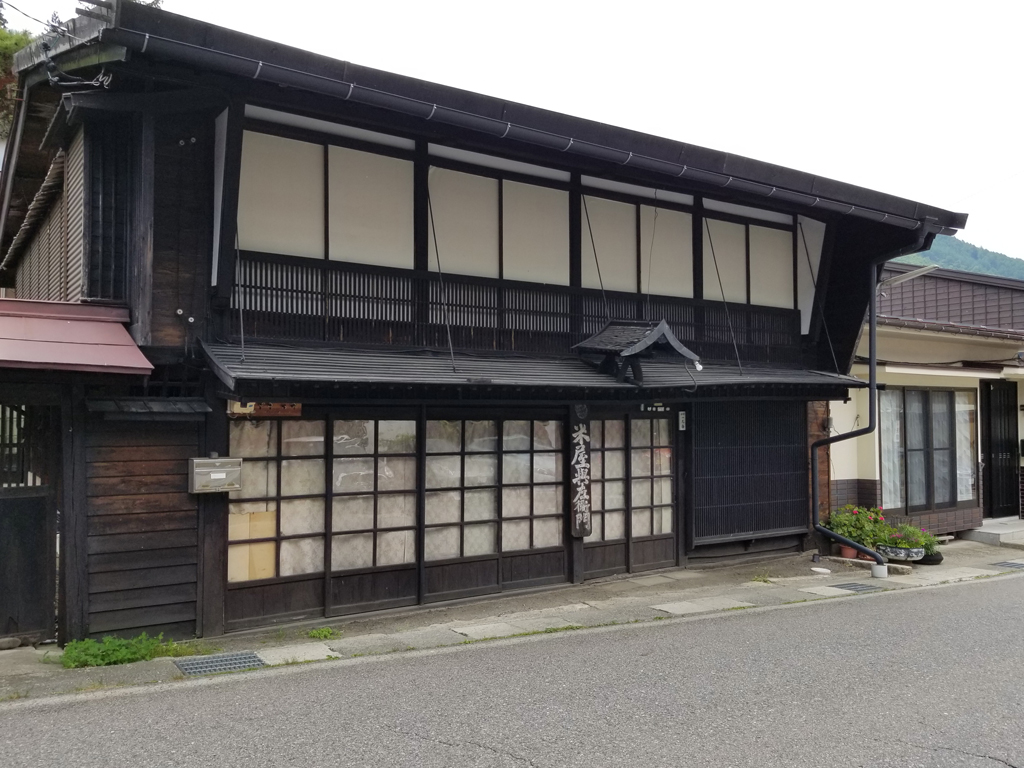 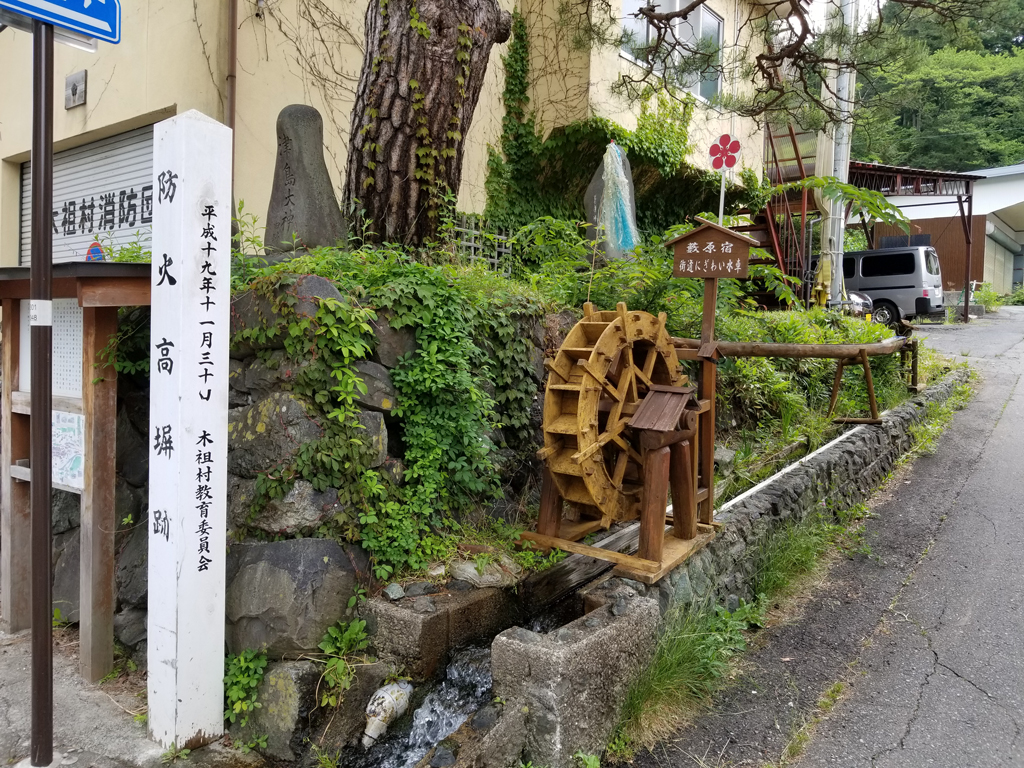 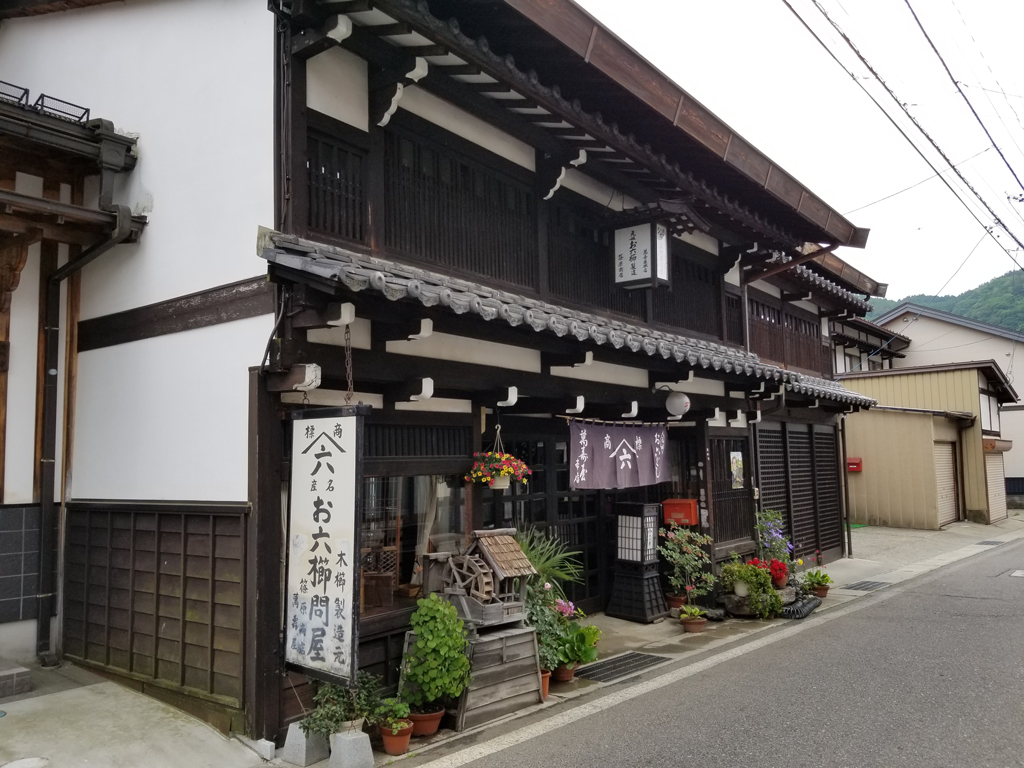 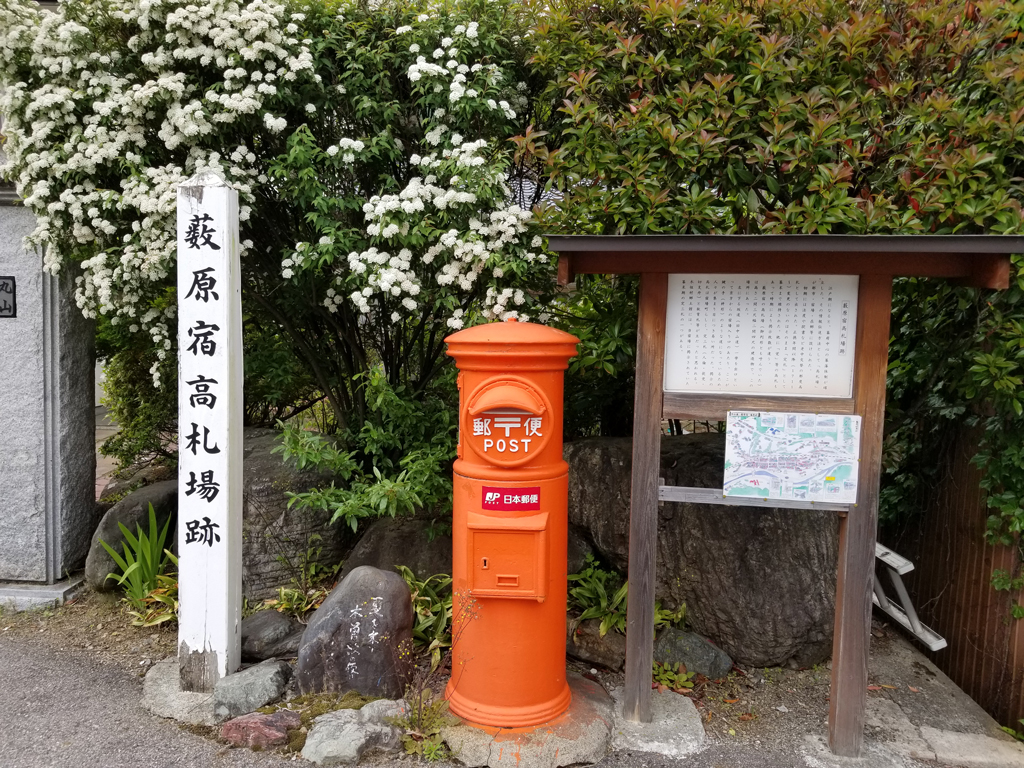 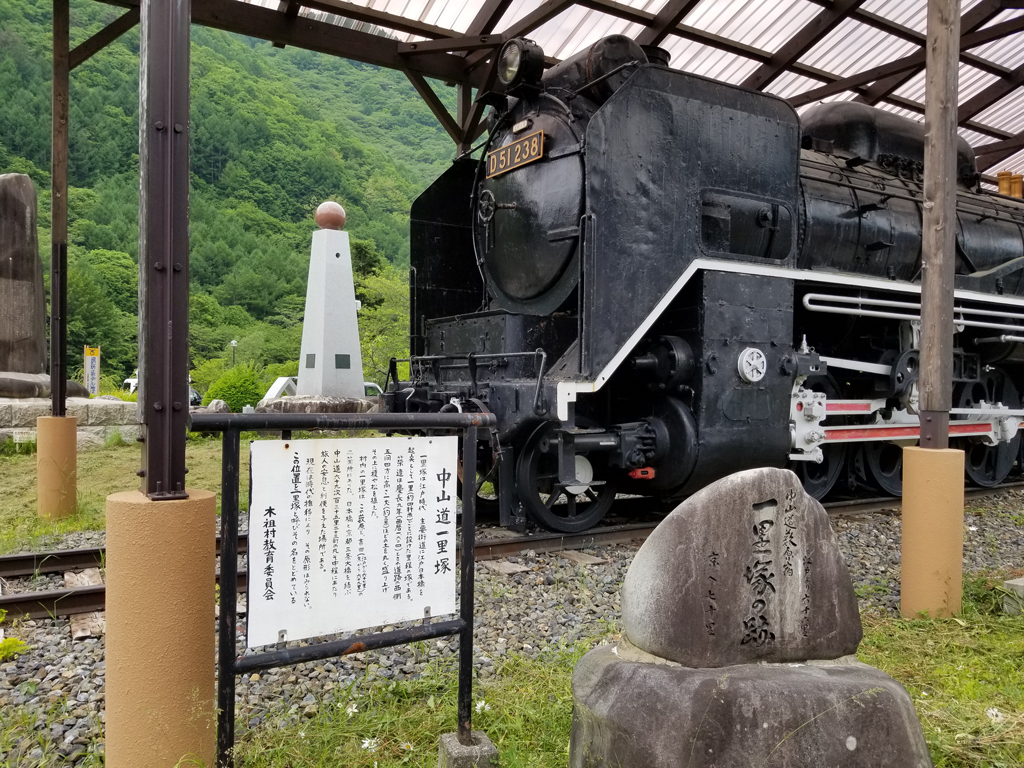 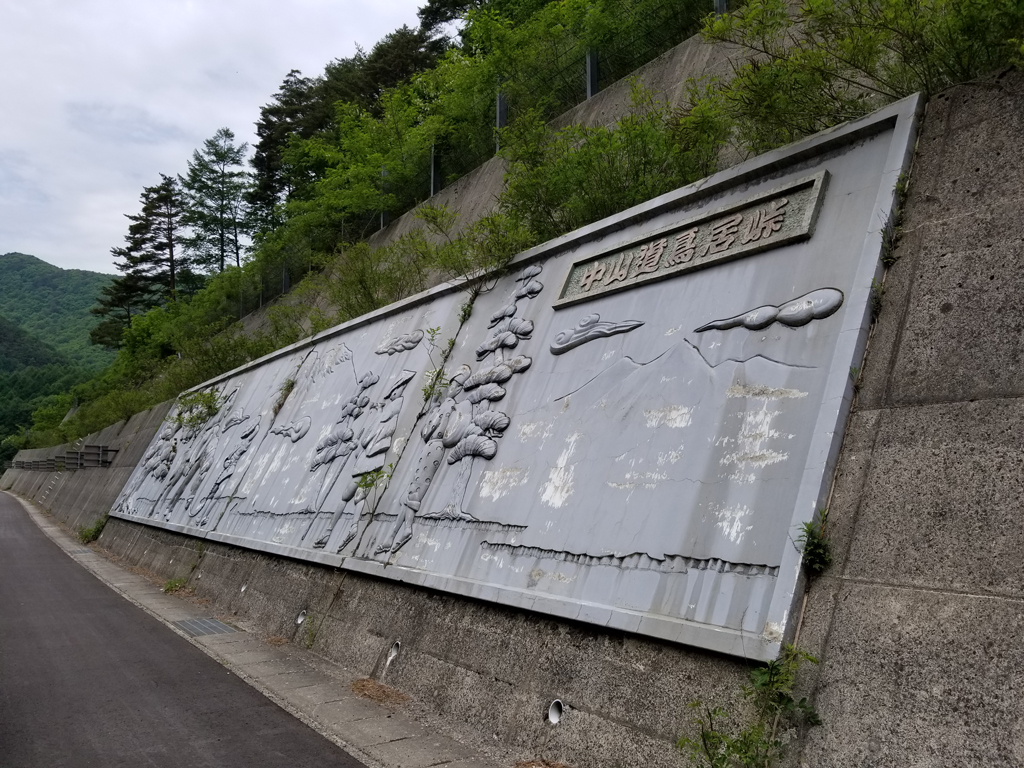