ASakamoto-juku stayed at the last lodging in Jyousyu Road, the 5th night from Edo, there was Usui's office in the east, there was Usui Pass in the west, Sakamoto Inn was crowded with lots of people, the completion of the residence was completed in 1625 and Because it was a later generational order. The Sakamoto-juku stood 9.5 km from the Matsuida Station and approximately 1 km from the Yokokawa Checkpoint. The town had a population of 732 (man 376、woman 356), 162 houses, two honjin, two waki-honjin, 40 hatago, and six brothels in the year 1843.

Small houses crowded the streets, there is a waterway in front of the house. The mountain in the background is Mount Haneishi. When Nakasendo passes this lodgings, it reaches Usui Pass. 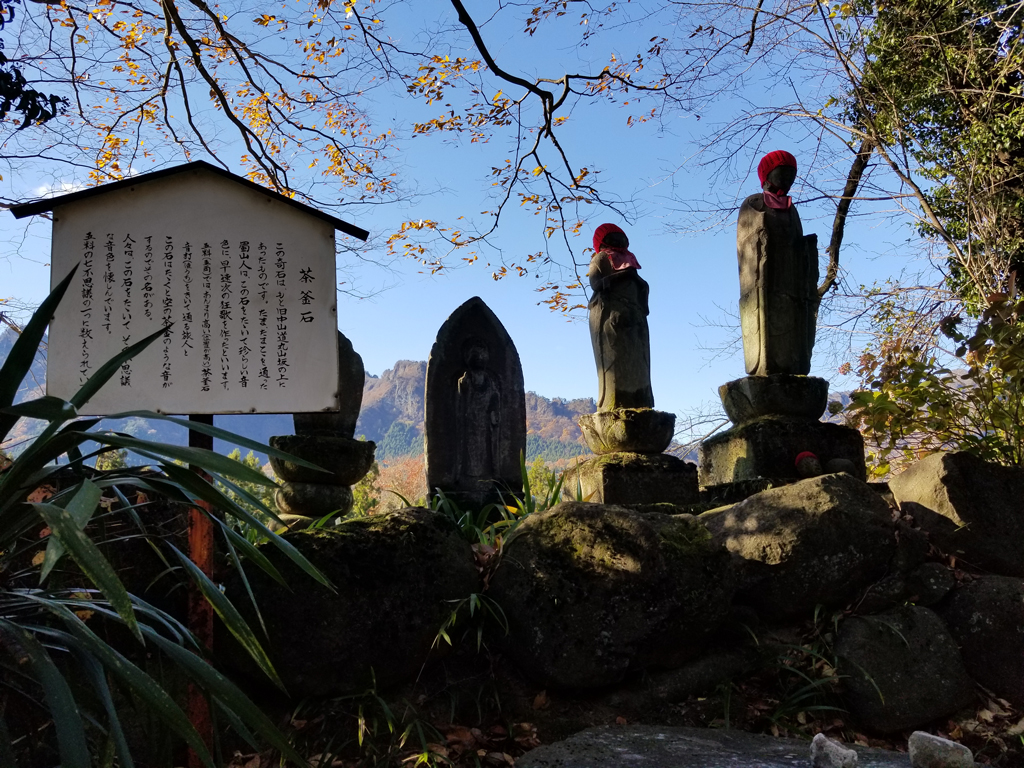 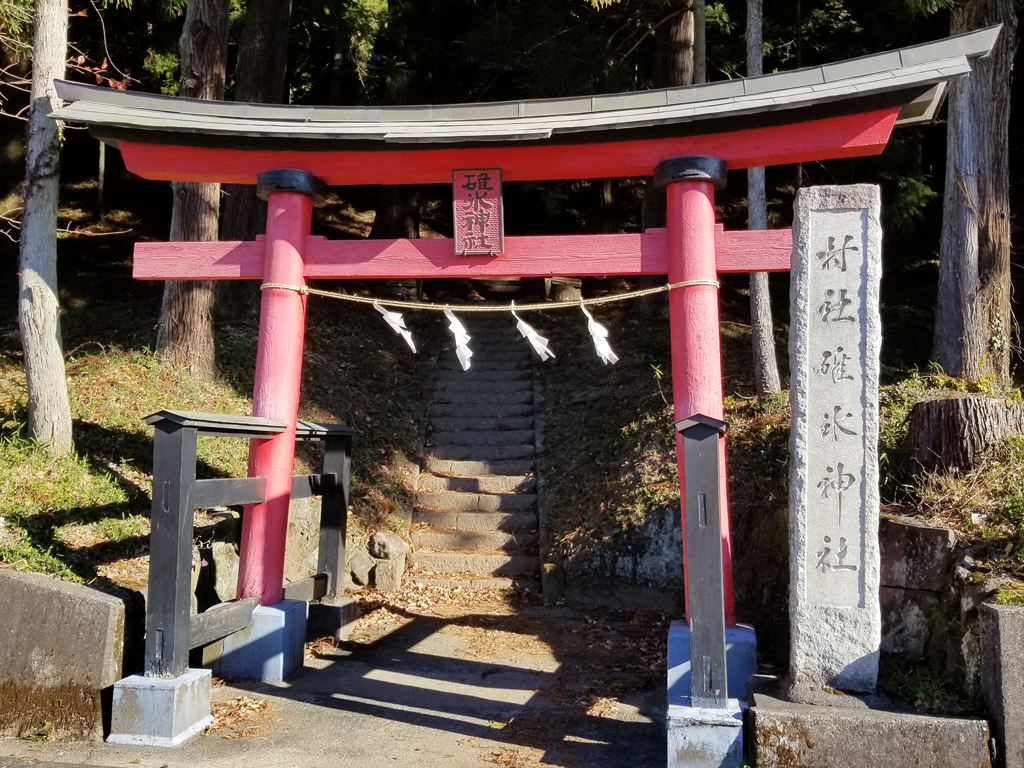 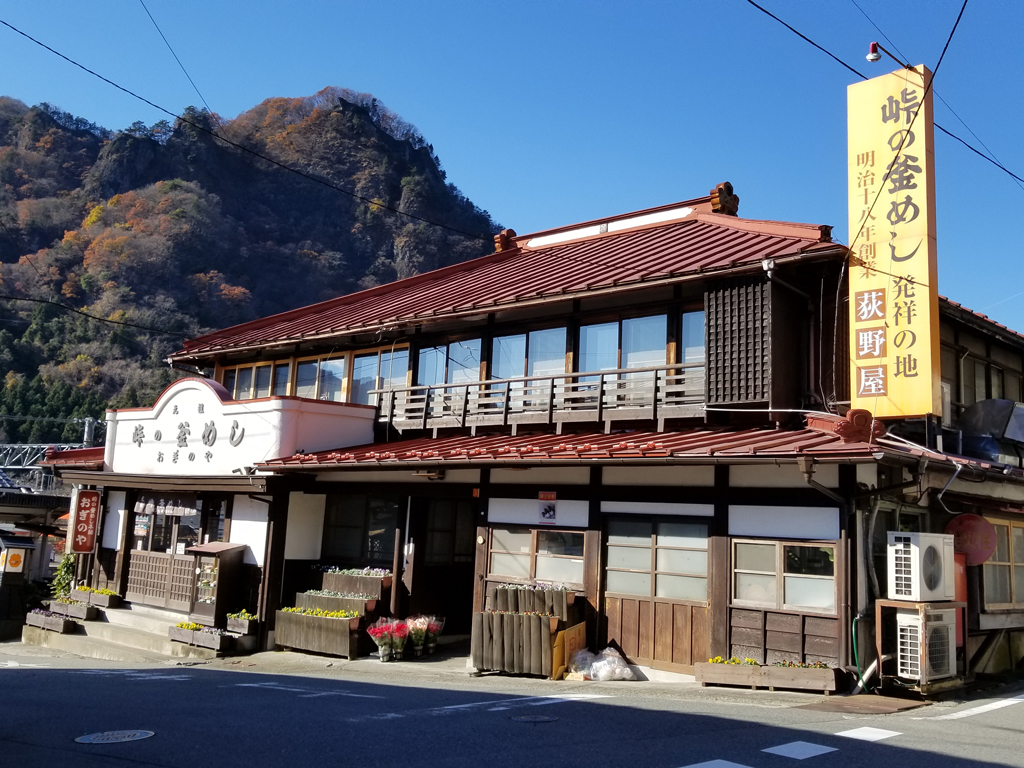 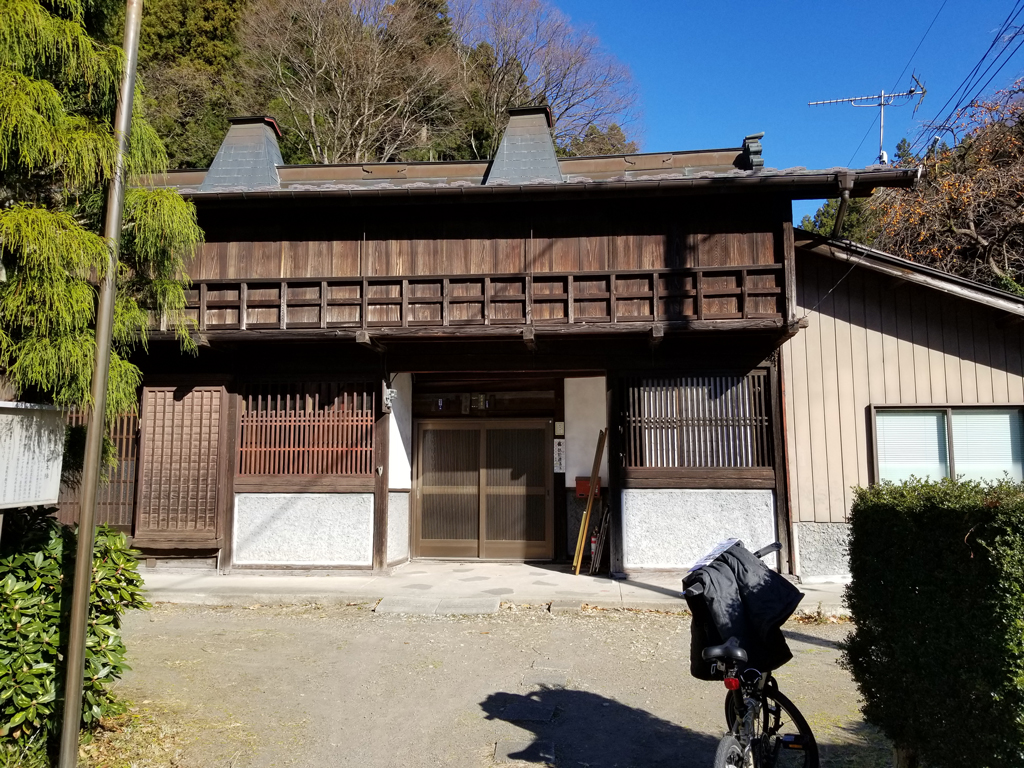 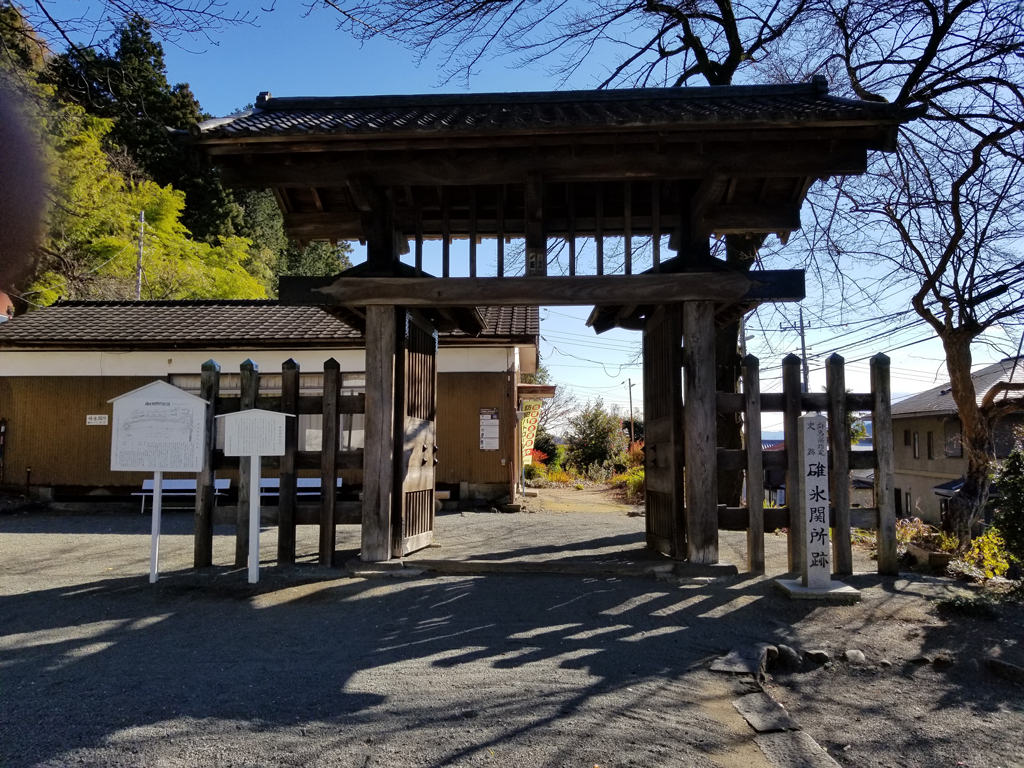 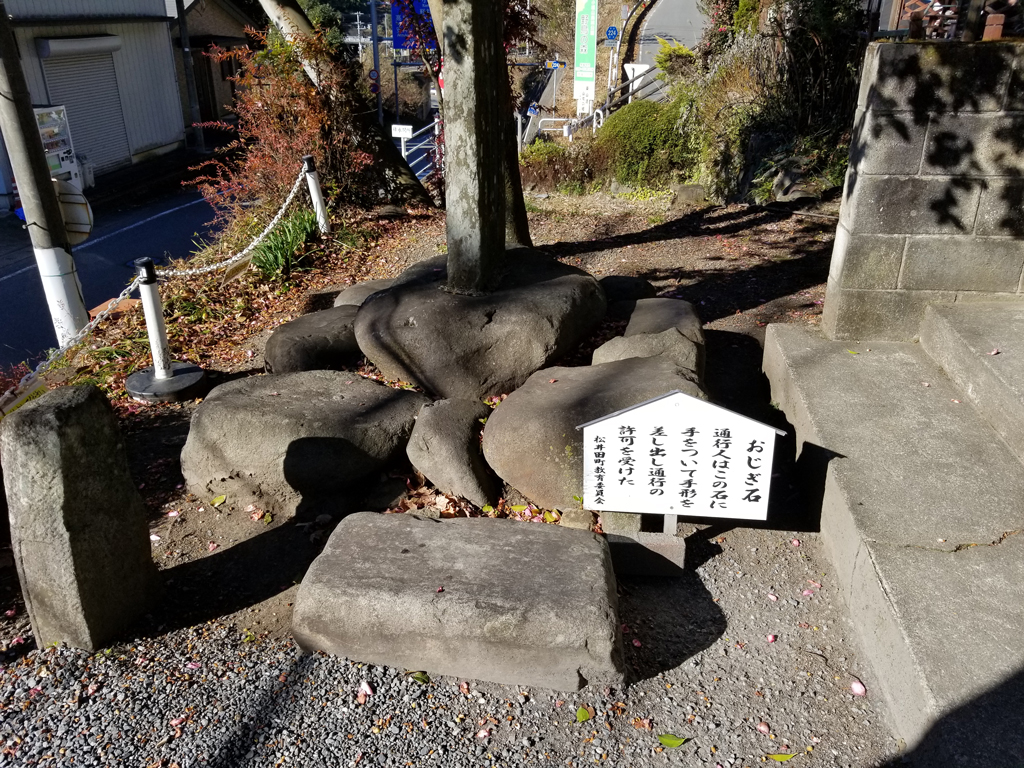 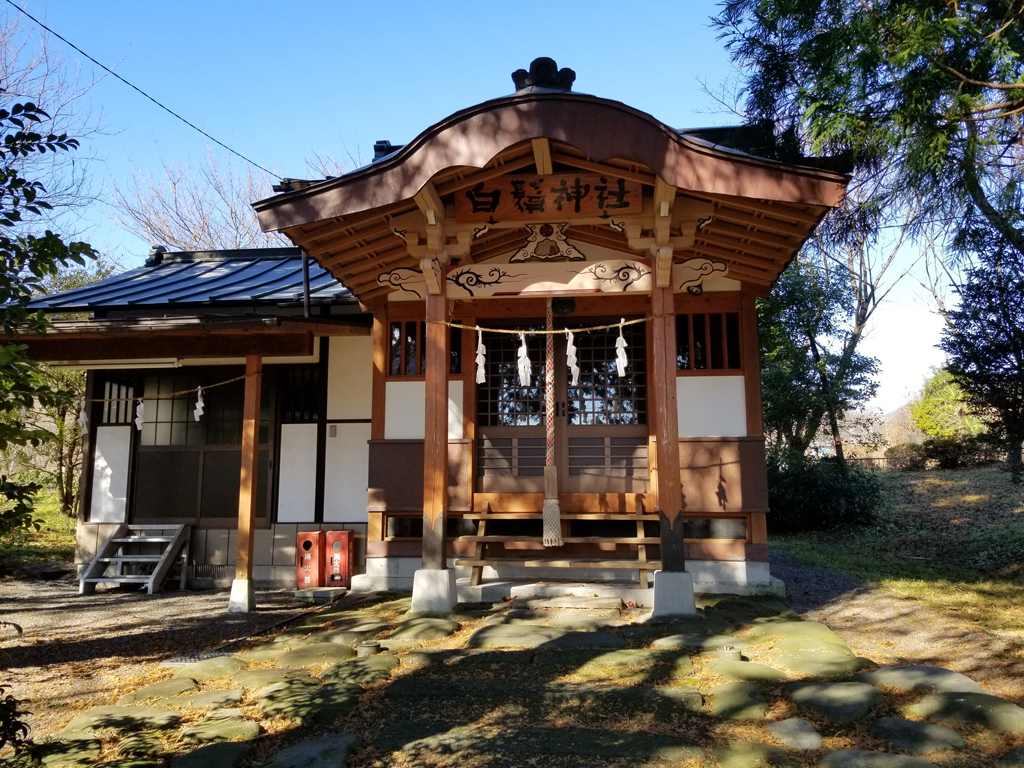 Stone to use at greeting 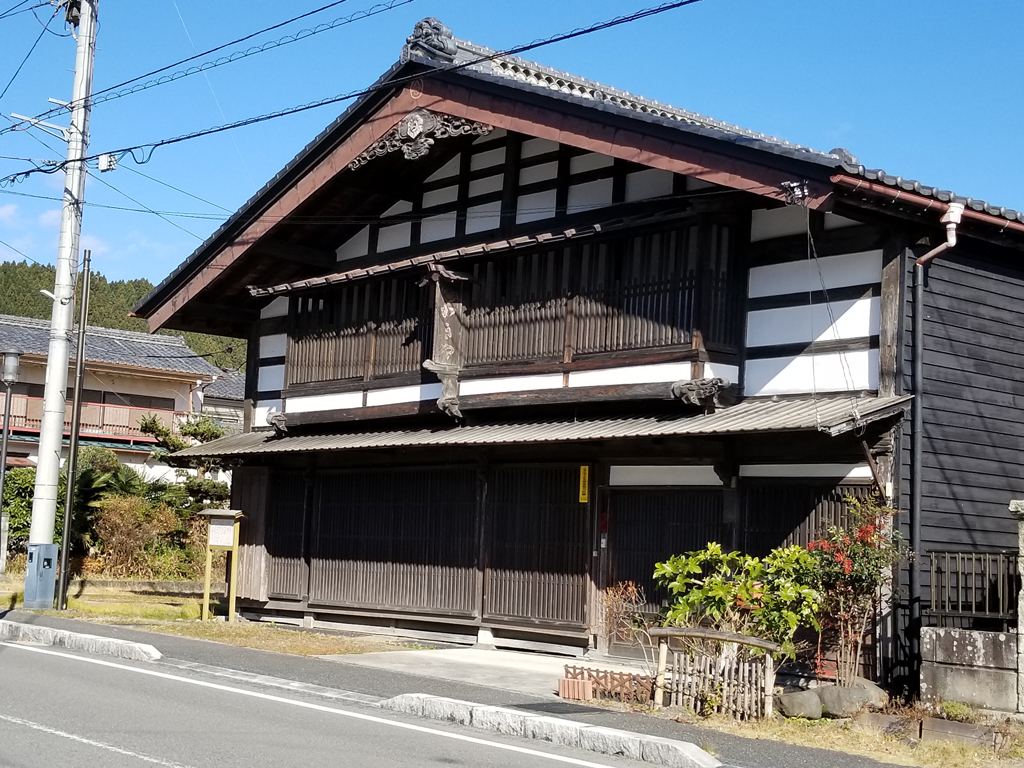 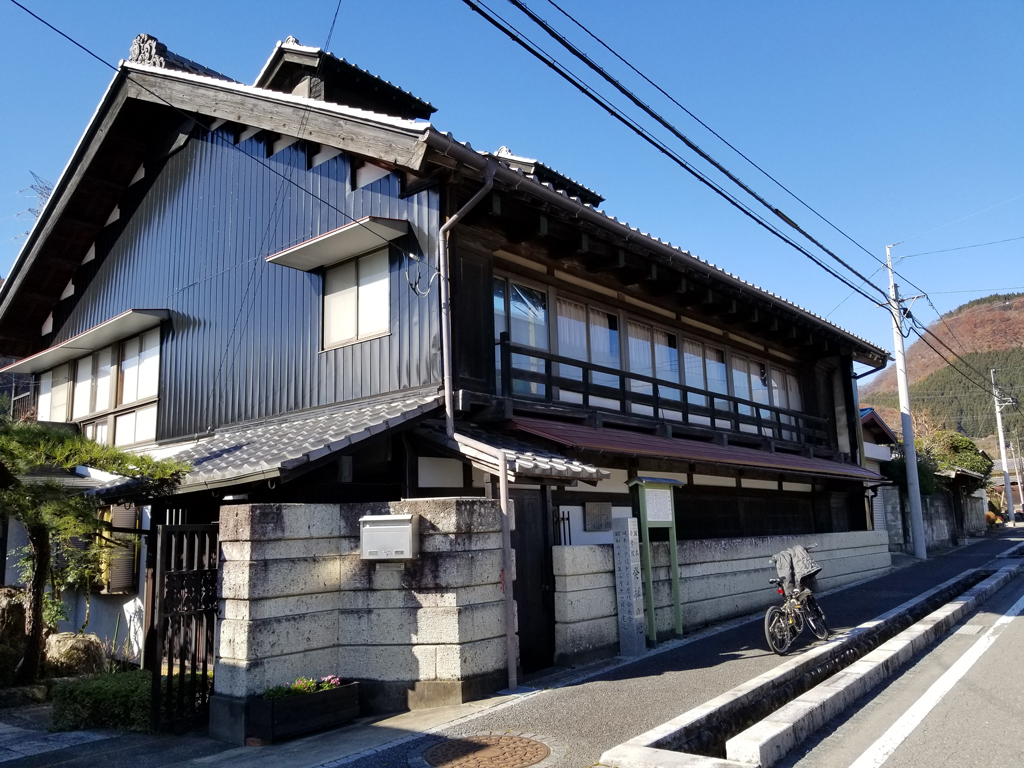