The Uematsu-juku was a town developed as a hinoki district since the Edo era. Although it burned down most of the streets with the big fire of 1950, fortunately only Kamicho leaves the fire and the appearance of the past often remained. There are "Nezameno Toko" and "Ono Falls" as scenic spots. Size of juku The Agematsu-juku stood approximately 9.4 km from the Fukushima-juku. The town had a population of 2,482 (man 1,258、woman 1,224) , 362 houses, one honjin, one waki-honjin, and 35 hatago in the year 1843.

Two travelers can be seen as a waterfall that is said to be one of the eight scenic spots of Kiso, local villagers hang a bunch of twigs on both ends of the balance and carry them. 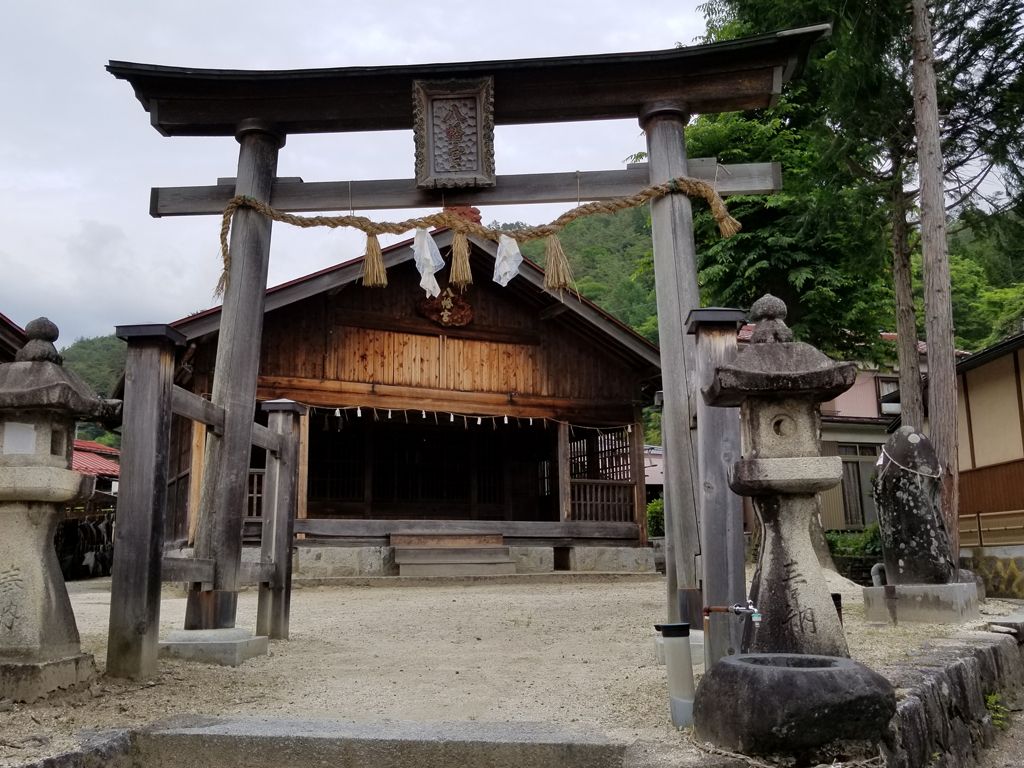 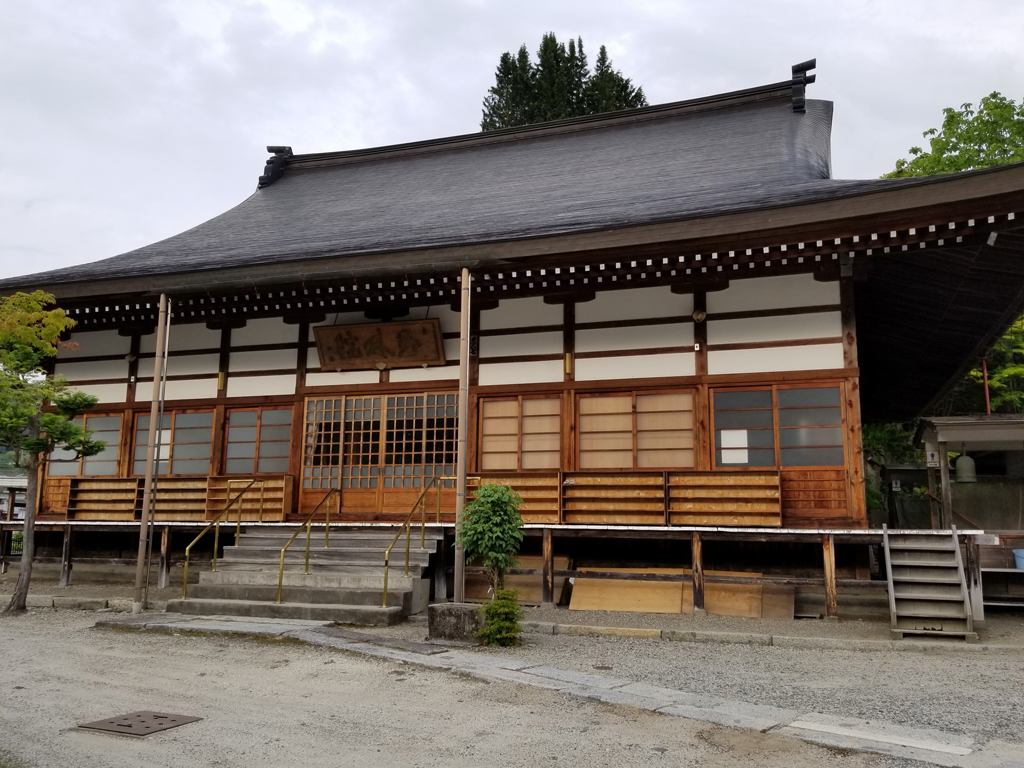 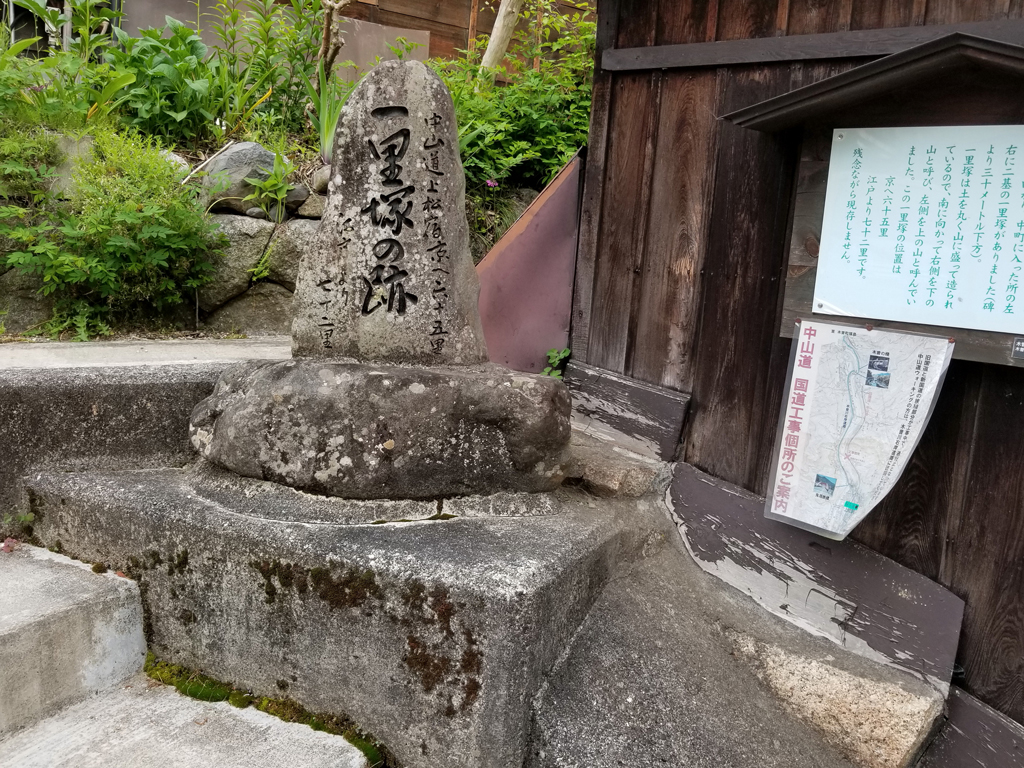 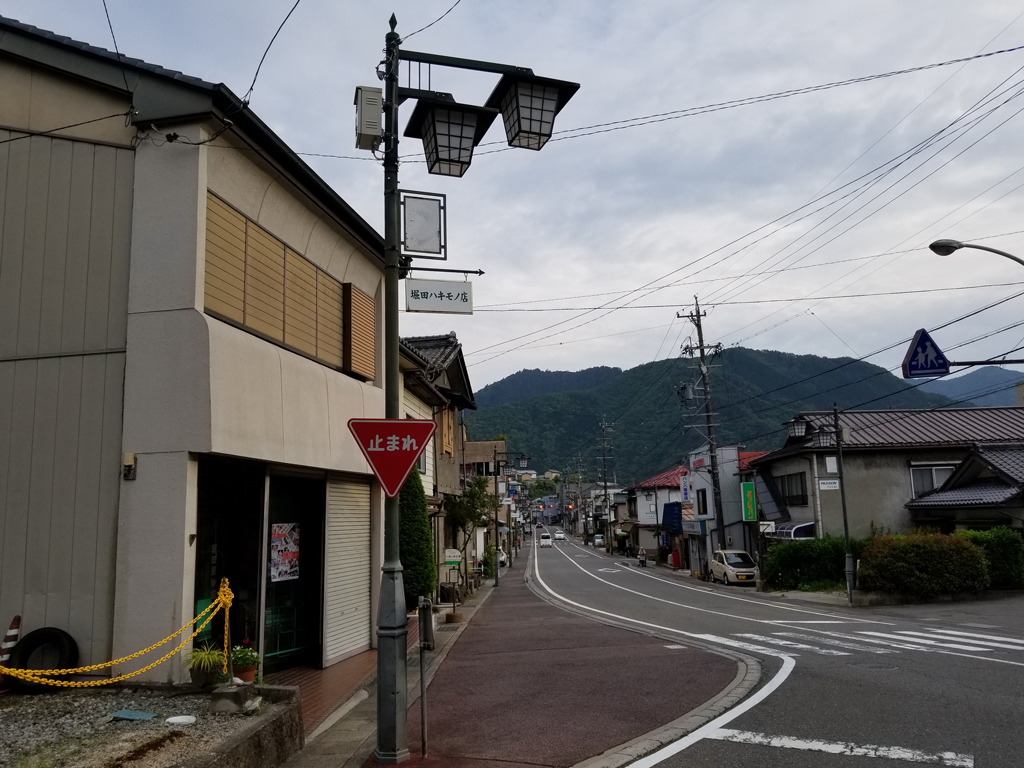 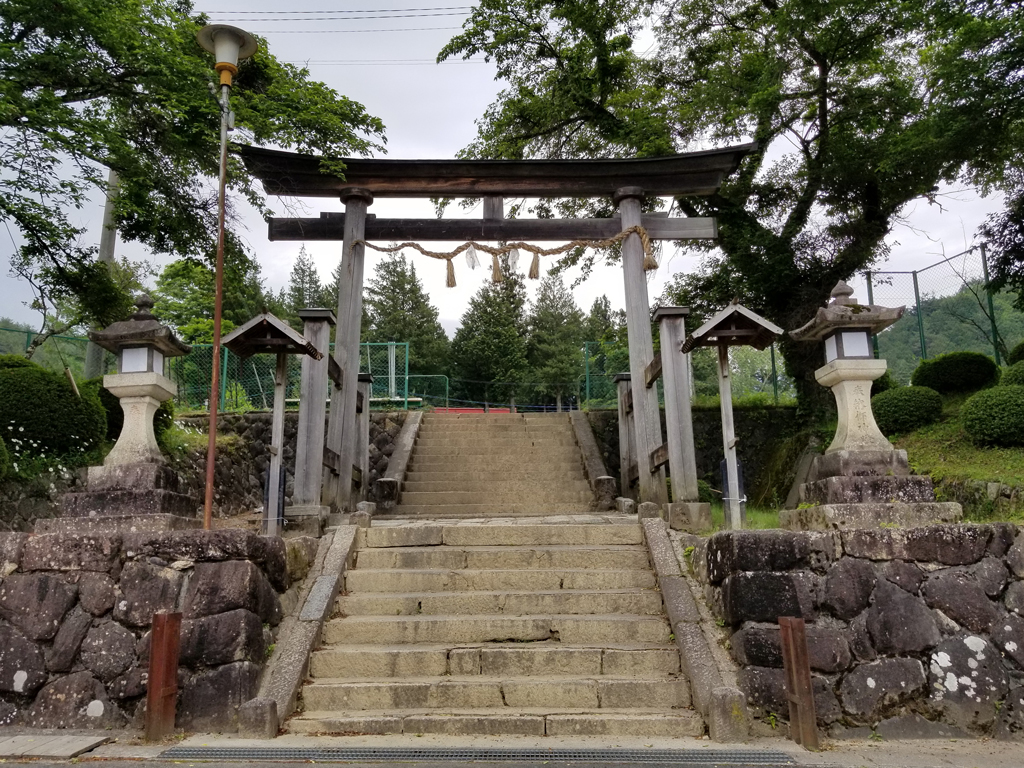 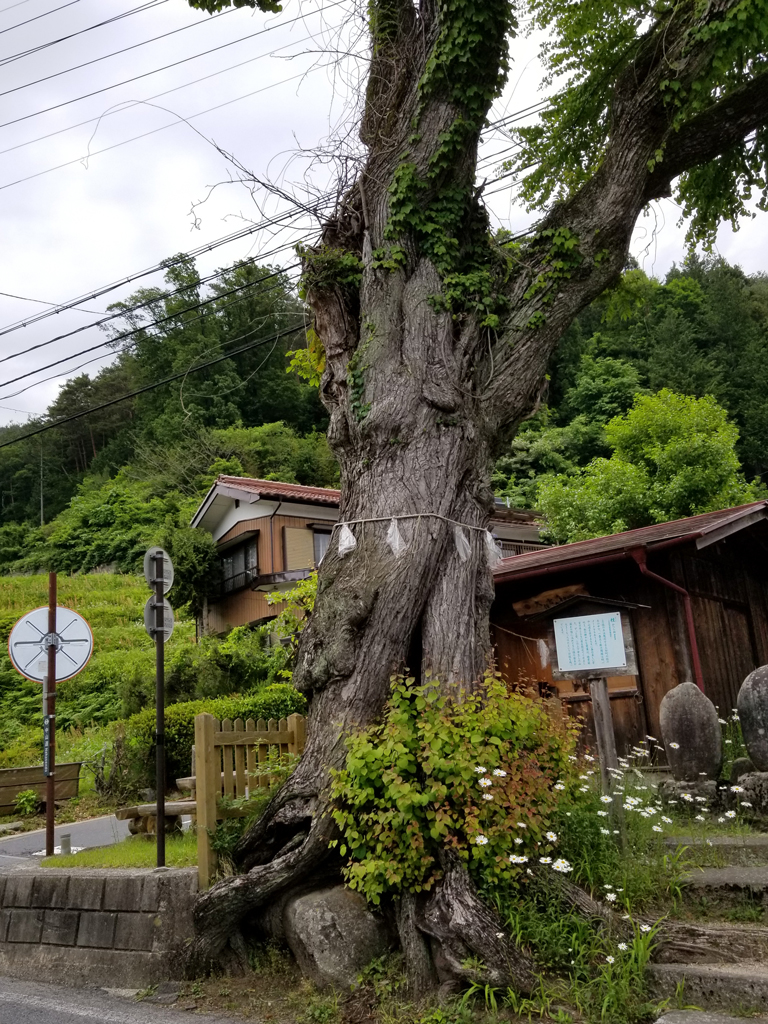 Katsura of the highroad 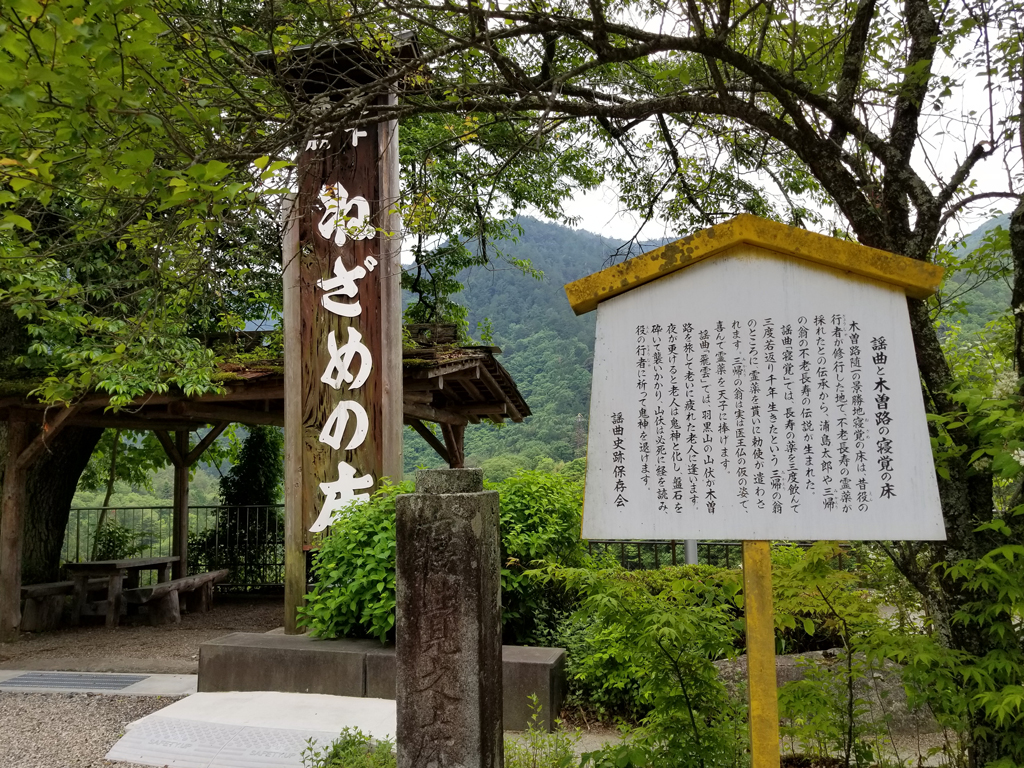 Explanation of Nezame no Toko 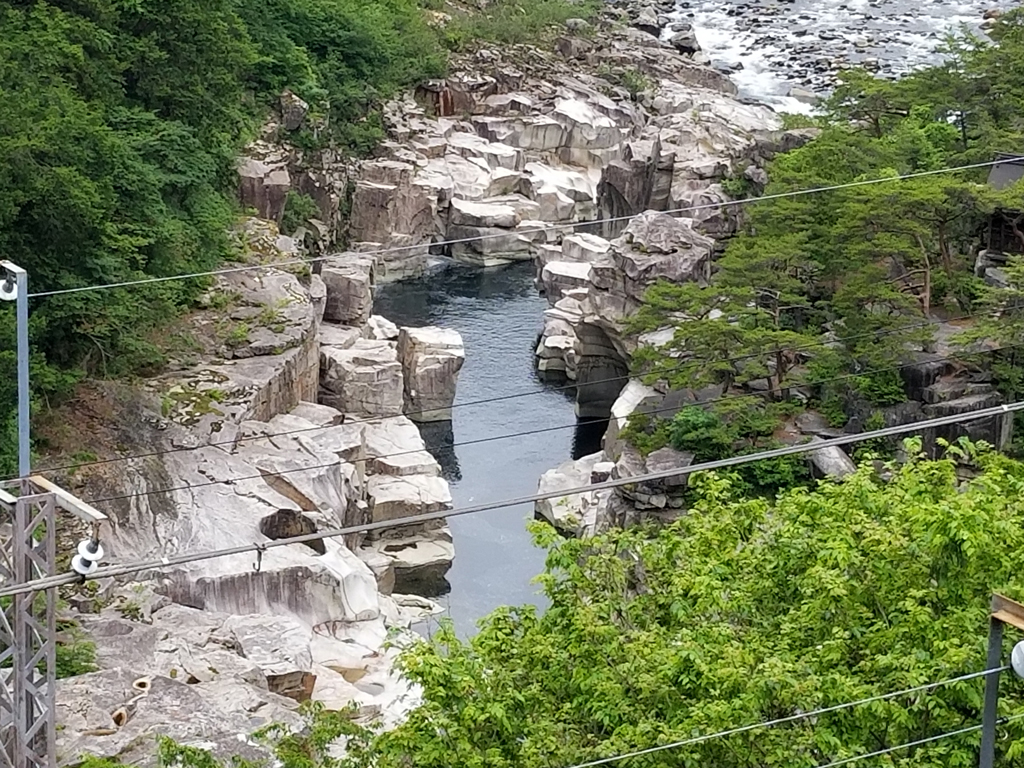 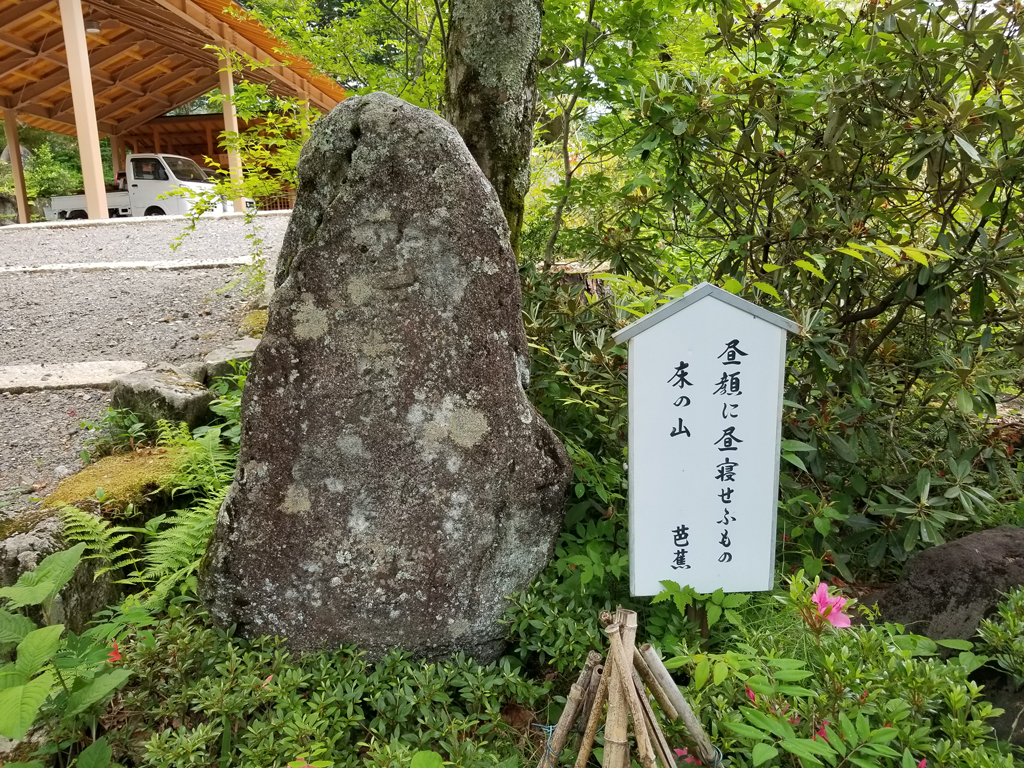 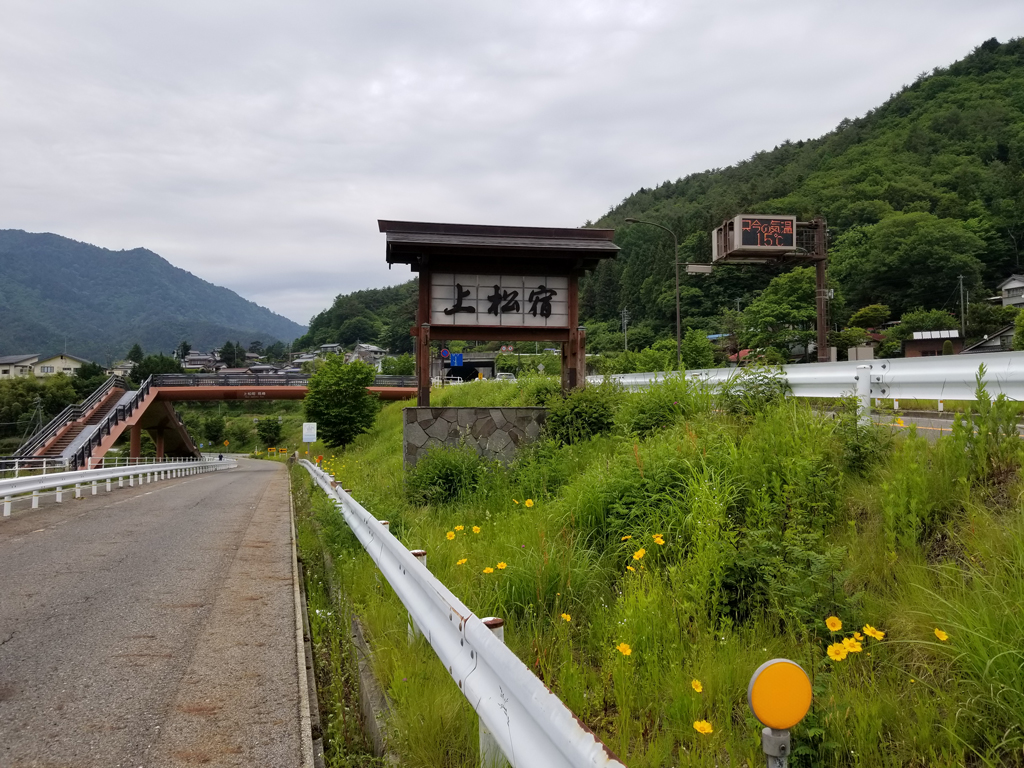 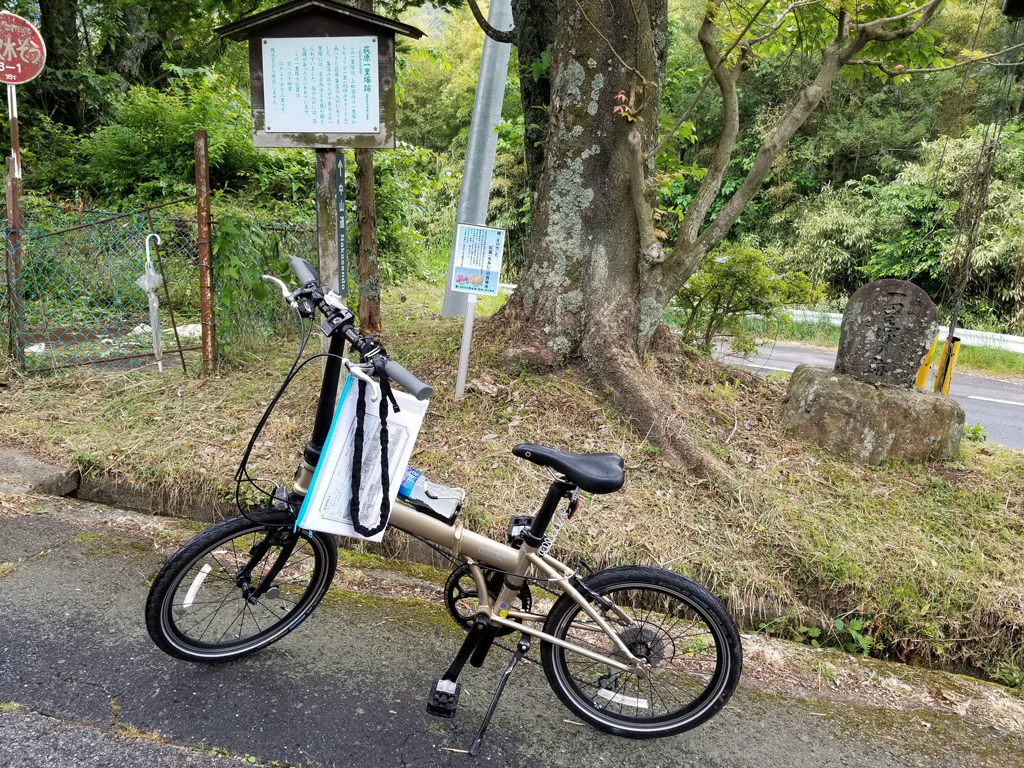