The Hosokute-juku was newly opened in 1610, as it was 12 miles long between Ookute and Mitake. It is a small lodging in the mountains. There are few aspects of the time in the cityscape.The Daikokuya which was Oshu family’ｓ Honjin makes me feel the atmosphere of the town at that time. The Hosokute-juku was located approximately 5.9 km from the Ookute-juku. The town had a population of 256 (man 134、woman 122), 65 houses, one honjin, one waki-honjin，and 24 hatago in the year 1843.

The two pine trees leaning towards each other appear like a gate. The samurai heading to the station is wearing a bamboo hat and a long rain jacket, holding a halberd on his shoulder and a bamboo flask hanging from the tip. 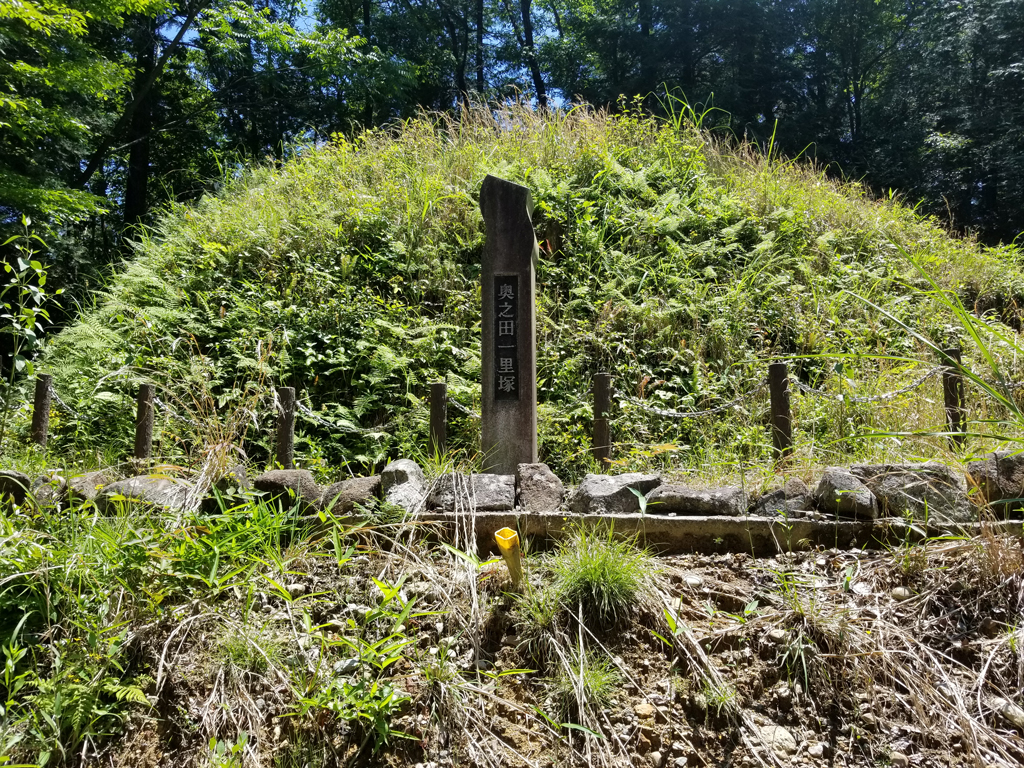 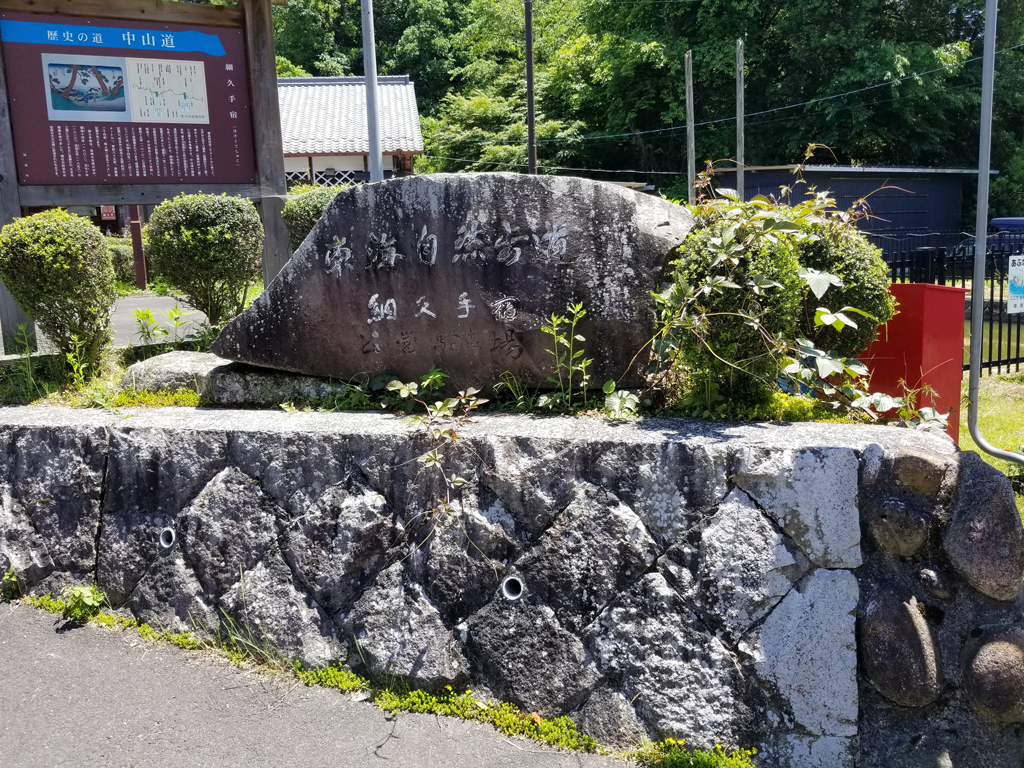 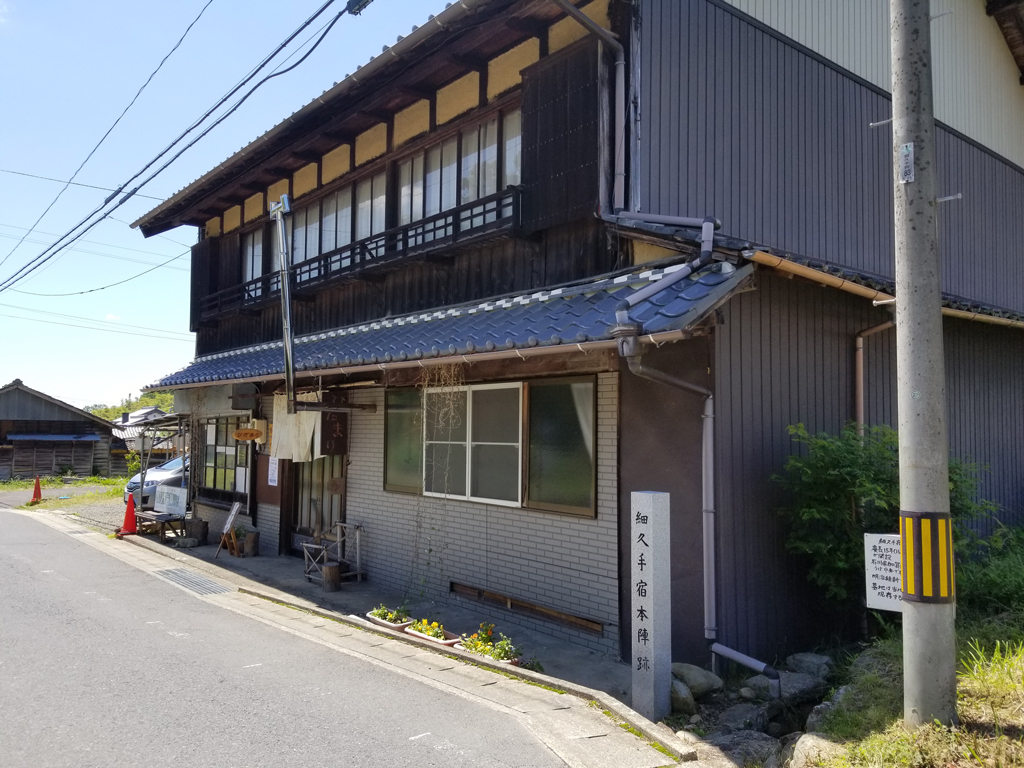 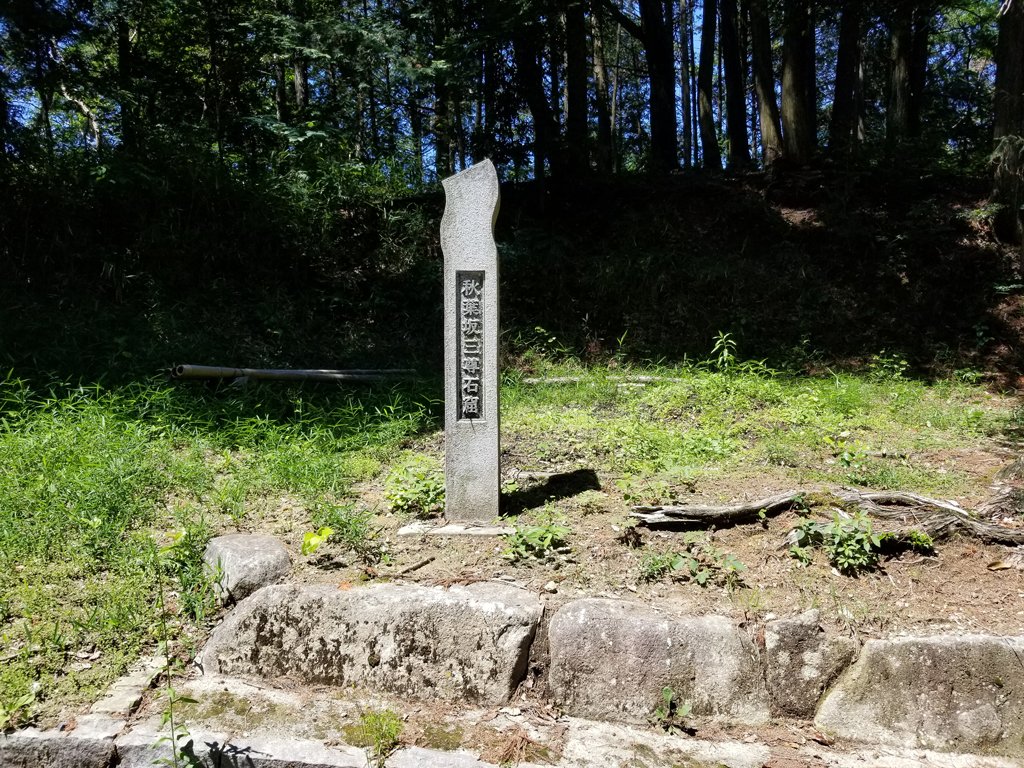 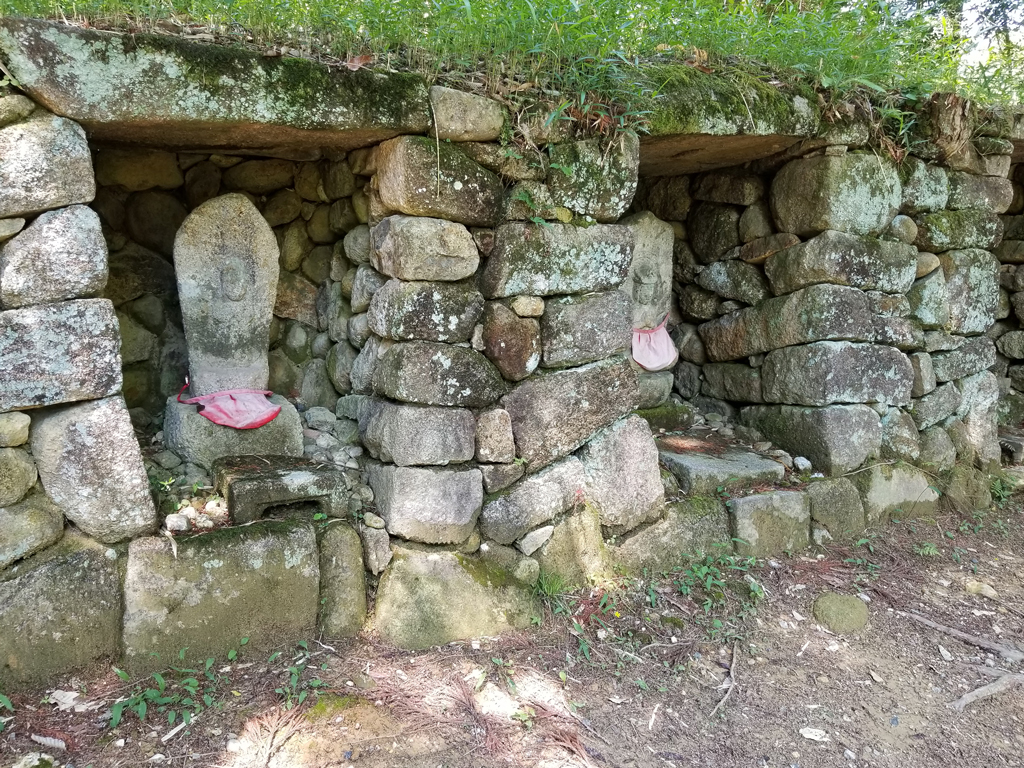 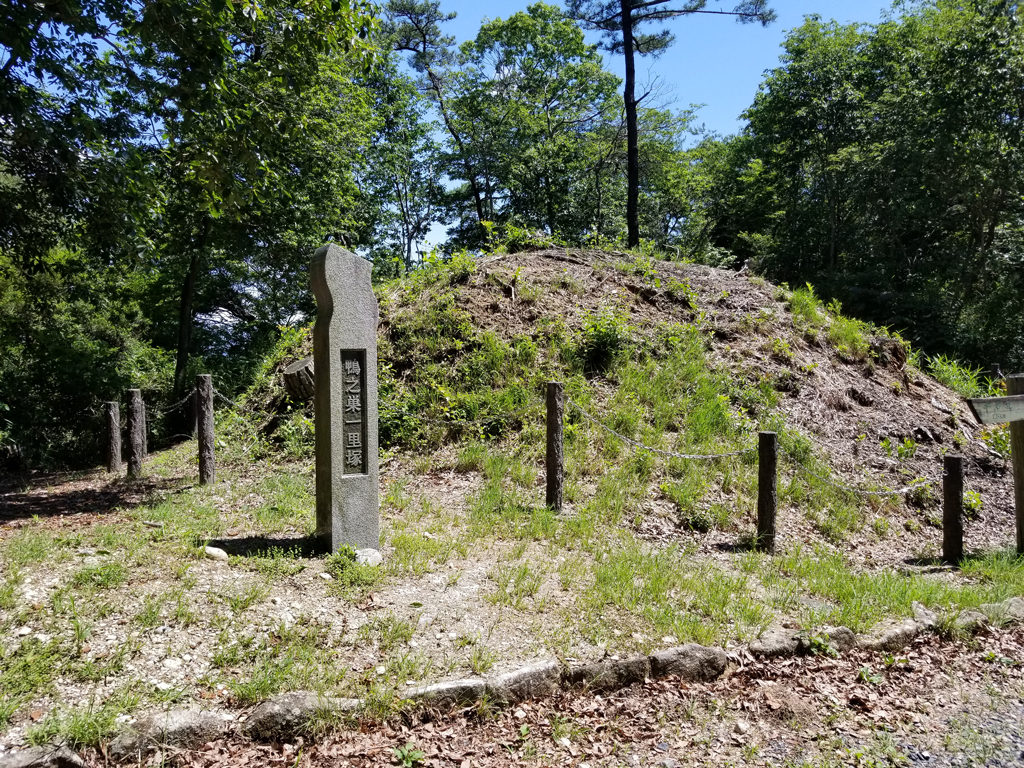