The Akasaka-juku became more crowded as a distribution point of supplies when Akasaka Port was developed in the Edo period. This bustle continued even when entering the Meiji era, it is said that there were 300 boats in the past. This bustle also declined with the opening of the railroad. The Akasaka-juku was located about 8.7 km from the Mieji-juku. The town had a population of 1,129 (man 576、woman 553), 292 houses, one honjin, one waki-honjin, and 17 hatago in the year 1843.

Whether it is going to rain, older sister licks his umbrella, and a long journey traveler crosses the bridge. The column indicating the boundary on the right hand crossing the bridge shows the entrance of the town. 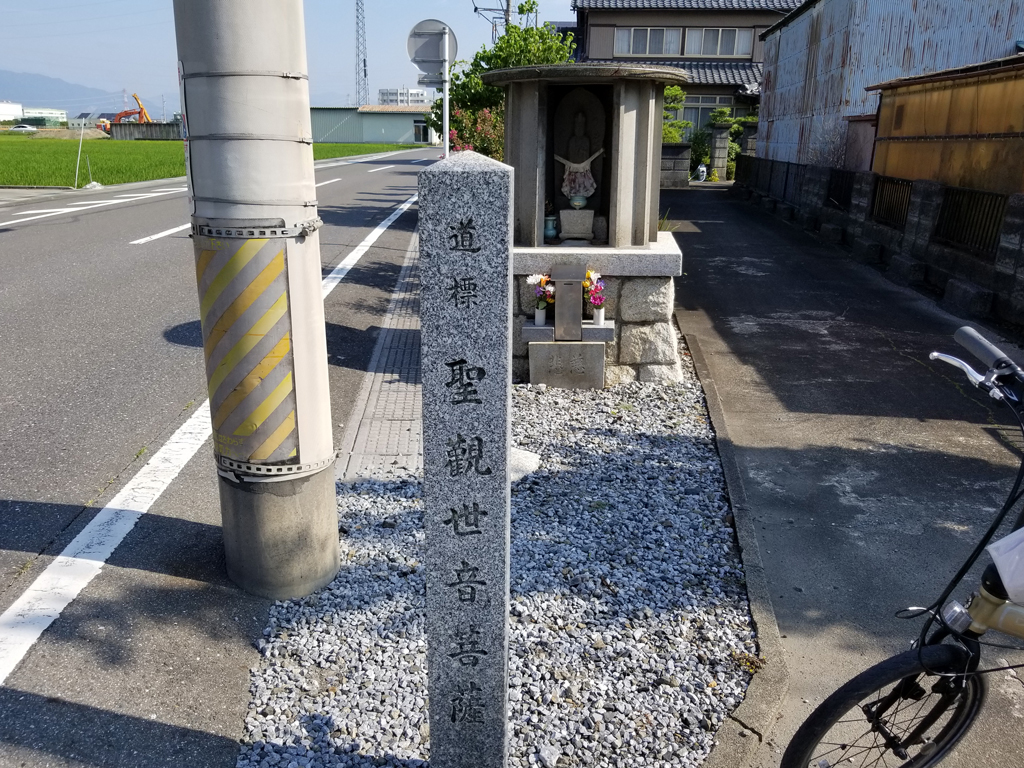 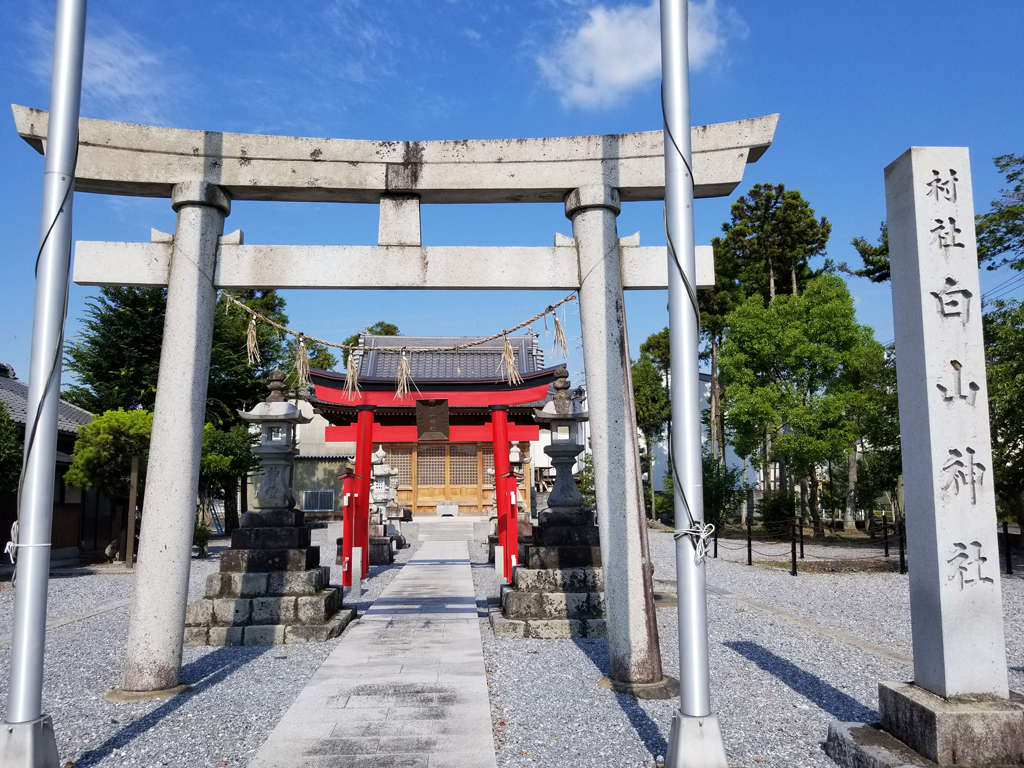 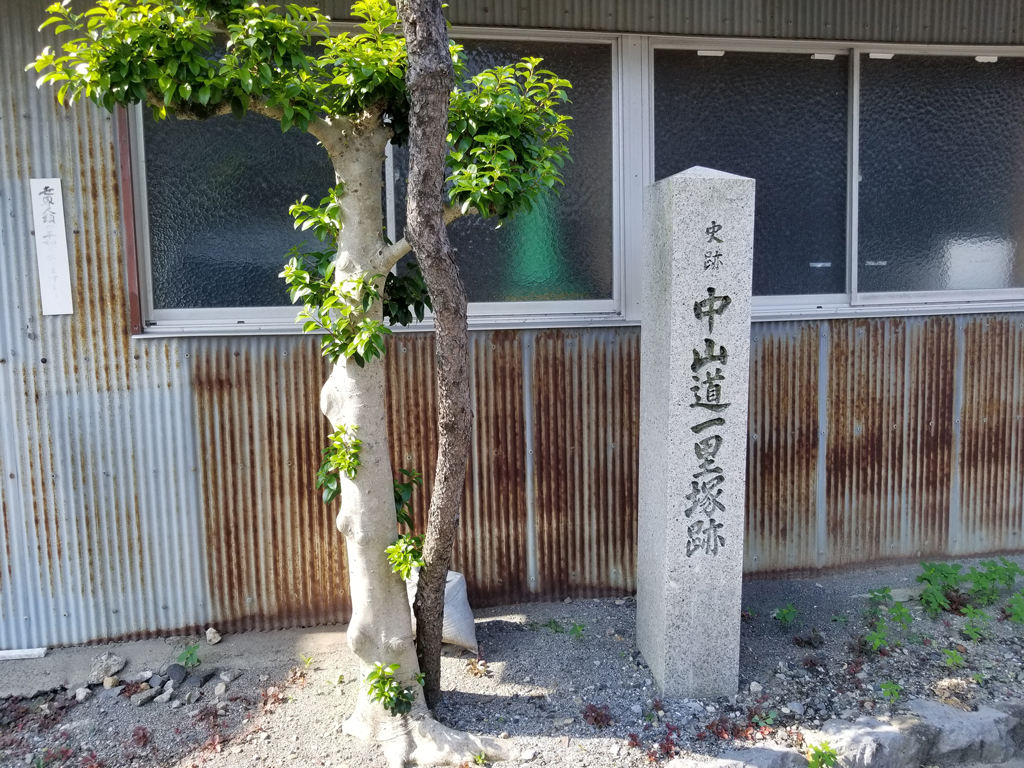 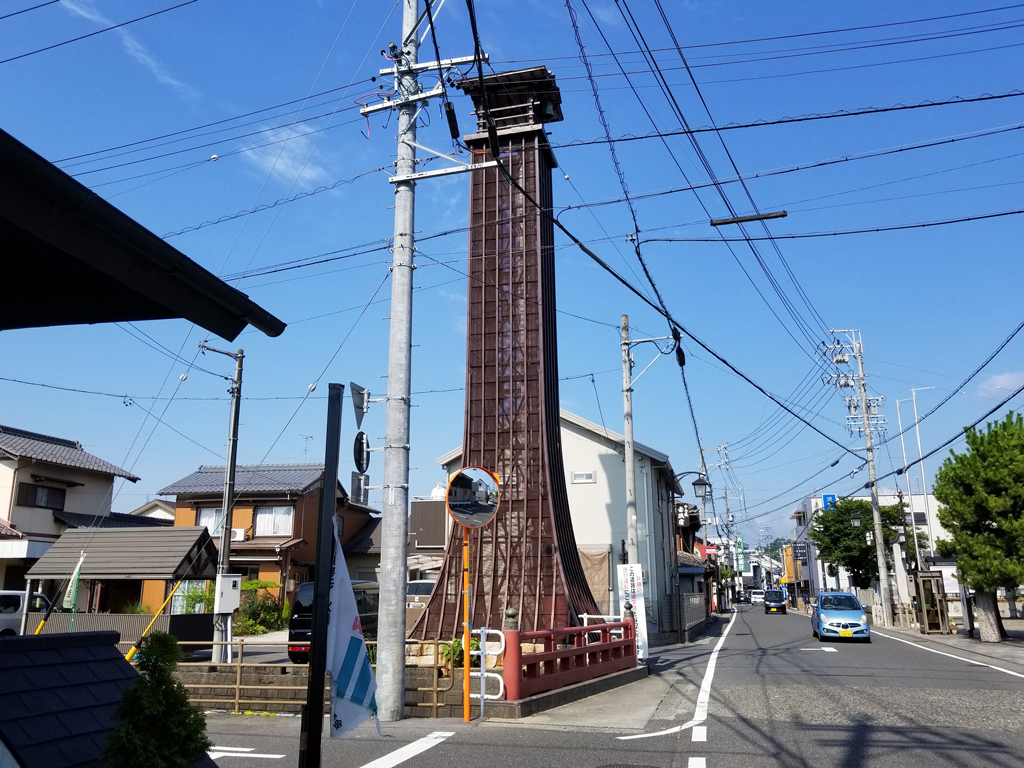 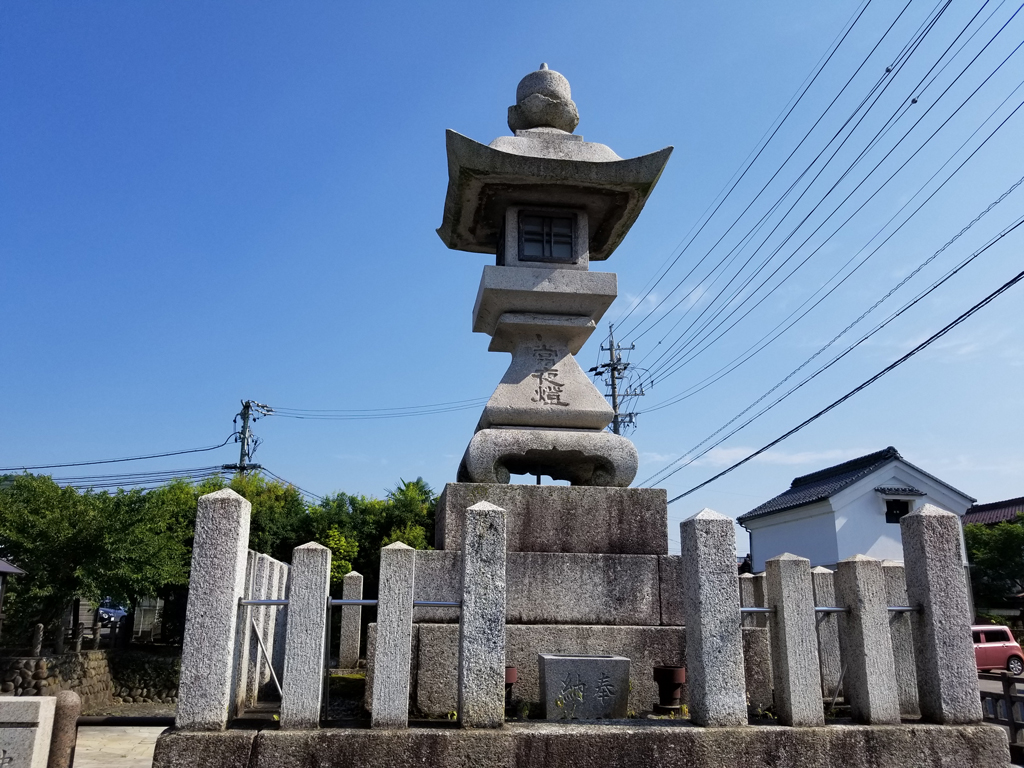 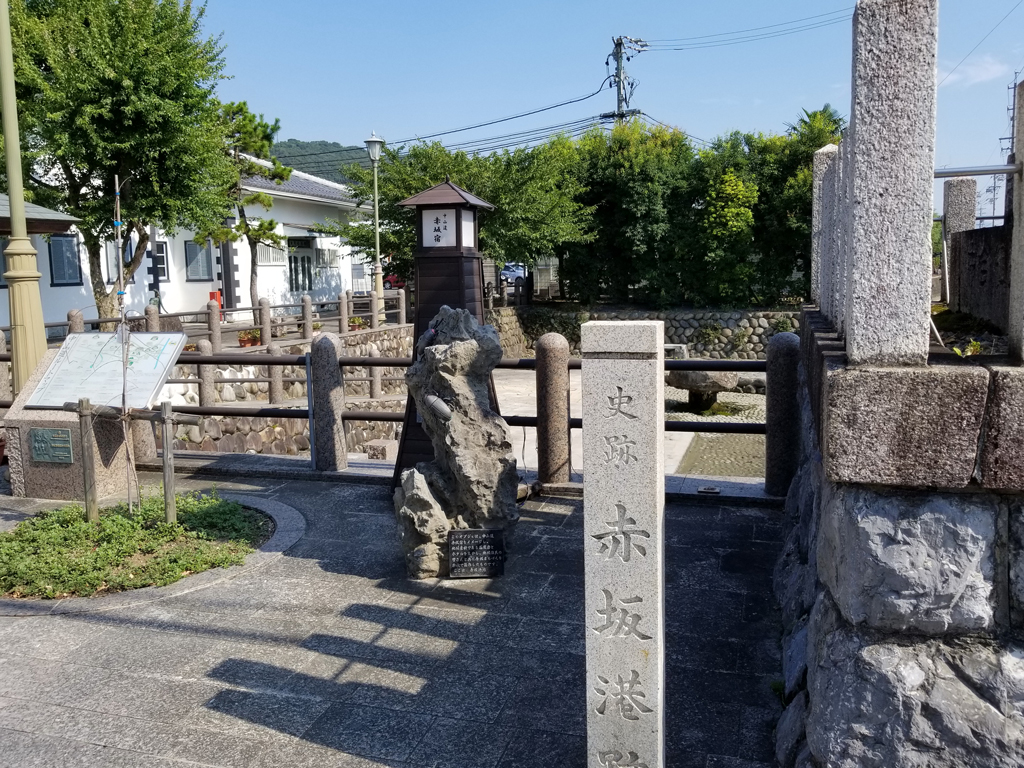 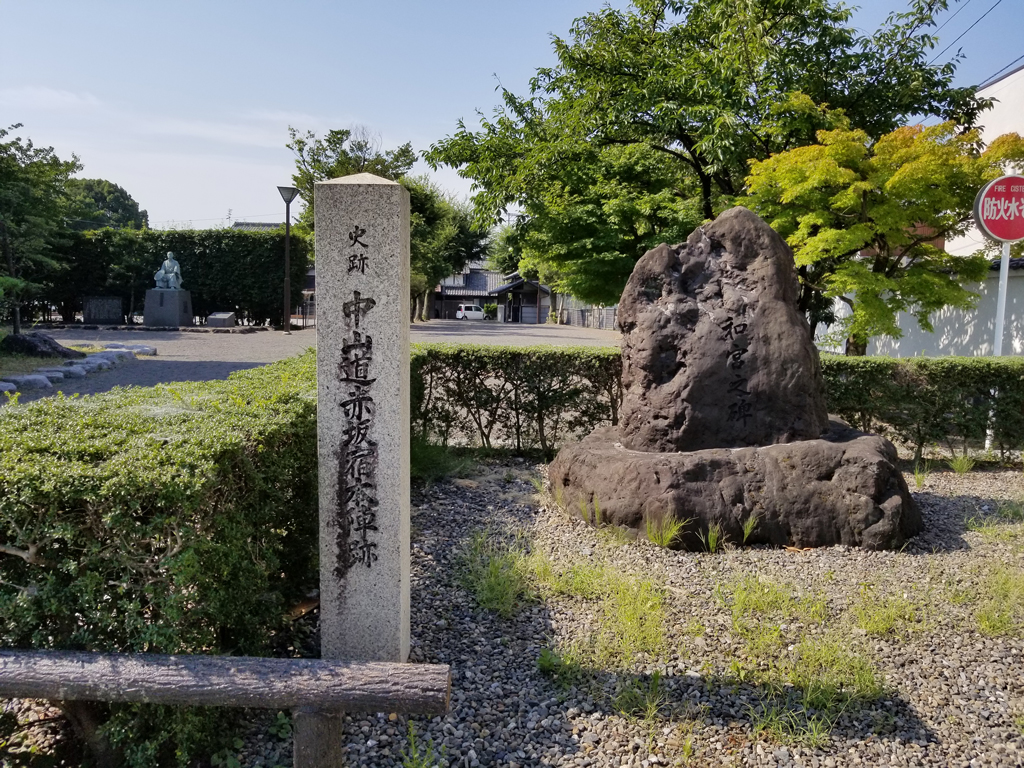 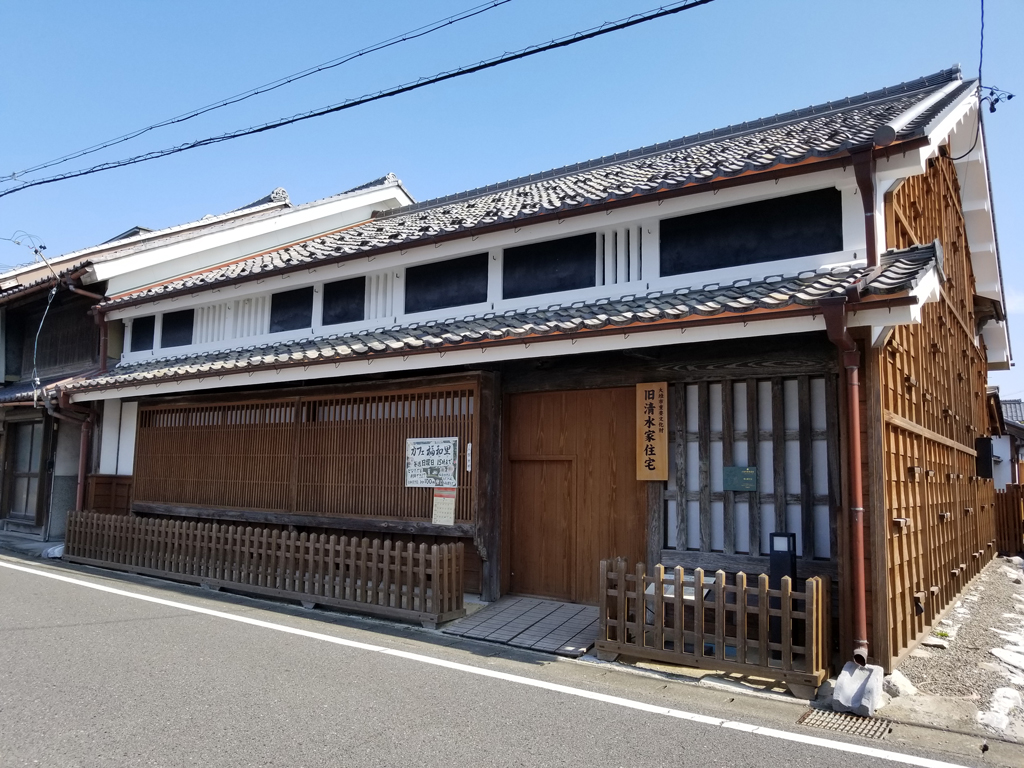 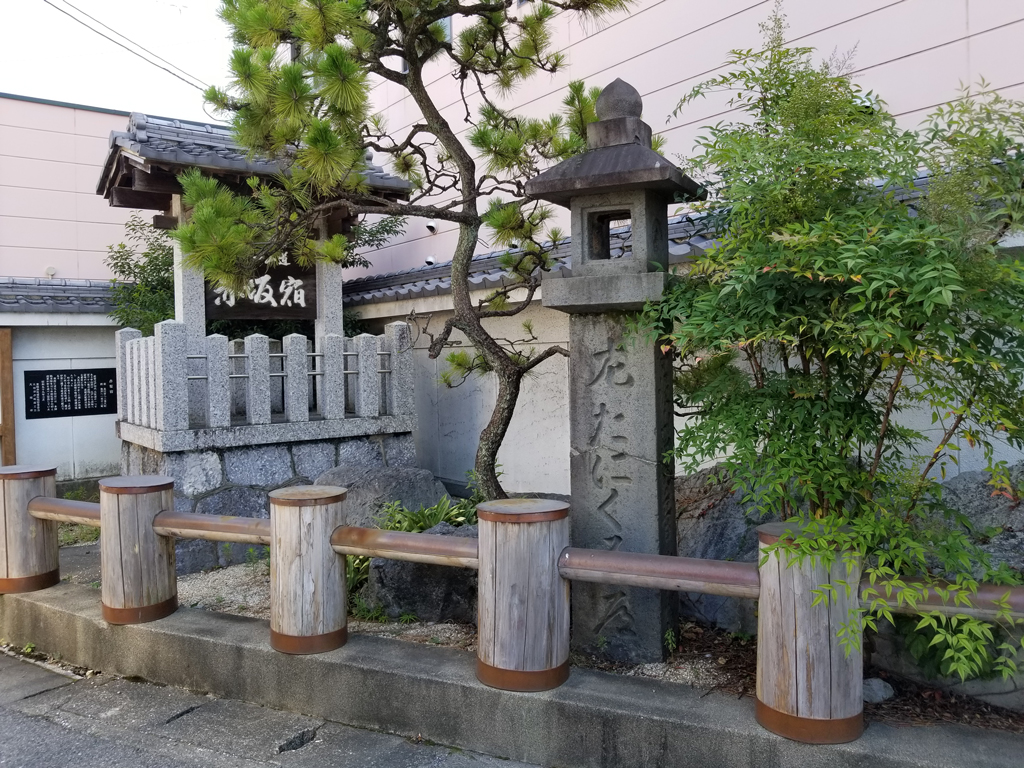 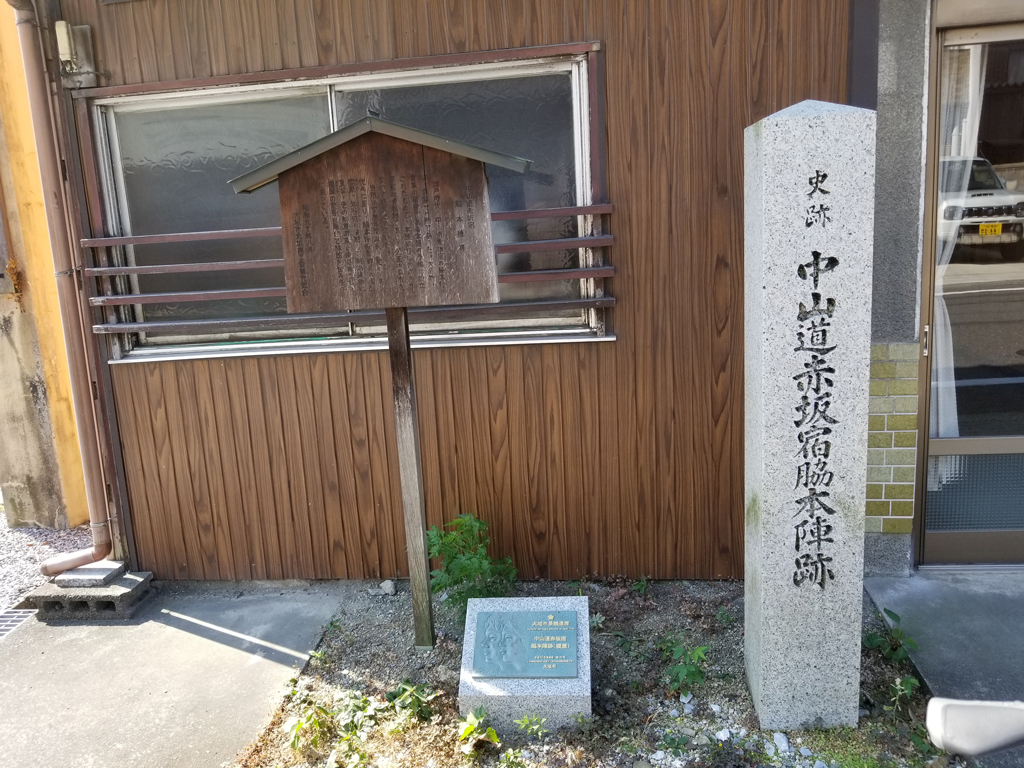